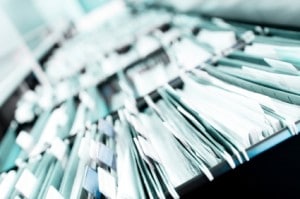 Out of proportion: just a tiny number of cases lead to complaints, says firm

The Office of Fair Trading and the Legal Services Commission have joined a host of consumer groups in calling on the Legal Ombudsman (LeO) to name lawyers over complaints, with the commission saying it has a “right” to such information.

Responses to LeO’s discussion paper on its publication policy show the profession united in opposition to the idea, with one law firm saying it is “rare” for a client to have a justifiable complaint, and another saying “the truth (at least in relation to decent firms) is that the vast majority of complaints are without any substantial merit”.

The OFT said publishing complaints “could be an important step to improving consumers’ ability to make informed choices based on the performance of legal services providers”. It said the data should be presented in a way “that facilitates making comparisons, based on performance”.

The OFT also said there needed to be “firm evidence” to support the theory that any detrimental effects of publishing were “sufficiently severe to justify withholding information helpful to consumer choice”.

The Legal Services Commission said failure to publish information would have a “detrimental impact upon major procurers of legal services such as the LSC and the Crown Prosecution Service”. It argued: “We believe that as a purchaser of services, we have a right to obtain detailed information, at the very least regarding successful complaints about the services that we fund, and overall figures regarding complaints arising from publicly funded work.”

Access to complaints data would help the commission target its investigative resources at contracted firms that may not be fulfilling the requirement under the Specialist Quality Mark to have an effective complaints system in place, the response continued. “A significant benefit for the LSC of access to complaints information is that we could use the information to inform contract management, or possibly future tender processes.”

The LSC added that the Crown Prosecution Service would probably “benefit from information that may be relevant to its selection of advocates”.

Several consumer groups responded to the consultation, all in support of naming lawyers: the Legal Services Consumer Panel (see end of linked story), Consumer Focus, Which? and the National Consumer Federation.

While its starting point was that all names (at least of firms) should be published, Which? acknowledged how complaints data could be mis-used by the media and others. “So an alternative route is for LeO to consider if there is merit in the first instance to restricting publication of the name to certain categories or to certain firms with the worst complaints records,” it said.

As well as various legal bodies, a number of law firms also responded to the consultation. They made largely similar points, such as how firms might turn away from practice areas which generate more complaints and that firms may be encouraged to settle unmeritorious cases just to stop them reaching LeO.

West Country firm Wards questioned whether complaints data would actually help consumers. “In the last 12 months, this firm opened approximately 7,950 new matters,” it said. “We had maybe five matters referred to the LCS [Legal Complaints Service]. All of them were either dismissed or mediated. So 0.063% of our cases reached the LCS. This is hardly a meaningful figure for clients to base an informed decision on.”