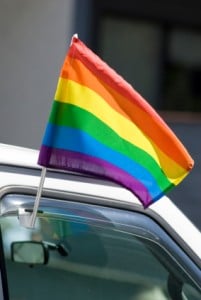 Lesbian, gay and bisexual lawyers and staff could be inadvertently “outed” as a result of the Legal Services Board’s (LSB) plans to increase diversity in the workplace, leading campaign group Stonewall has warned.

While strongly supporting the LSB’s efforts to build an evidence base of the number of gay people in the legal workforce through monitoring, Stonewall called on the board to identify “alternative methodologies that allow the collation of this data whilst maintaining the anonymity of individuals working in smaller entities”.

Under the LSB plans, every member of staff at every law firm, chambers and other regulated legal entity would have to fill out a diversity questionnaire, with the entity required to publish anonymised results. They will be able to decline to answer.

Stonewall predicted that the risk of “outing” employees to their colleagues in smaller entities “would likely have a significant impact on disclosure rates”.

It said: “Stonewall consistently recommends that sexual orientation monitoring should be anonymous and not allow individuals to be identified by their colleagues or managers.”

Should the LSB do this, the same anonymity standards should apply to all the equality strands on which staff will be questioned, it added.

It recommended, however, that employers should only monitor sexual orientation when action has already been undertaken to address lesbian, gay and bisexual equality in their workplaces.

“This is to ensure lesbian, gay and bisexual employees have the confidence to complete monitoring exercises, making monitoring data more robust and usable. Stonewall are concerned that the LSB proposals may result in data which is neither robust nor reliable due to poor disclosure rates.”

While not opposing the LSB’s intention not to make entities take specific actions as a result of the monitoring results, the charity said many employers “do not believe lesbian, gay and bisexual equality is something relevant to their workplace and lack understanding of how to implement policies and practices that make their workplaces more gay-friendly”.

It is therefore for the LSB and its partners to play a crucial role in providing information and support to entities on how they can address lesbian, gay and bisexual workplace equality, Stonewall said.