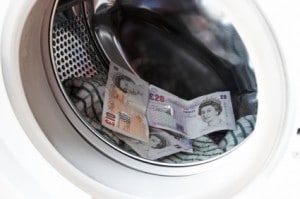 The Treasury is set to abolish more than two dozen money laundering offences that can penalise lawyers for minor rule breaches, it has confirmed, but they could be replaced with extra powers for regulators.

There is also going to be a relaxation or even an exemption from the rules for very small businesses.

Publishing its response to the review of the Money Laundering Regulations 2007, along with proposals for improvement, the Treasury said it wanted businesses to adopt a full risk-based approach to money laundering, making their own assessment of the risks they face and implementing appropriate systems and controls.

It follows criticism of the “burdensome” money laundering regime by Chancellor George Osborne in the Budget in March. The regulations require regulated businesses to have appropriate systems and controls in place to identify and verify the identity of their customers and carry out ongoing monitoring.

They currently contain criminal penalties that mean responsible individuals within firms can face prosecution if they fail to have adequate systems.

While recognising that these can act as a deterrent and help compliance, the Treasury said they also imply a significant risk of prosecution for minor procedural irregularities or decisions taken under a risk-based approach.

“These concerns may cause operational staff to be disproportionately risk-averse, cutting across the risk-based approach to which we attach great importance,” it said. The Treasury is now consulting on whether the criminal offences should be wholly or partially repealed.

Civil penalties will remain and the government is also consulting on whether regulators should have the power to impose additional penalties. These could include additional powers (where they do not already exist) for regulators to direct or order a business to carry out appropriate improvements or commission and pay for an independent report or investigation.

Businesses might even be required to suspend regulated activities while improvements or retraining are implemented, it said.

The Treasury is consulting on a general exclusion for very small businesses (such as those with below £13,000 VAT-exclusive turnover per annum), or a reduction in the requirements placed on such businesses.

The government review found that the regulations and their implementation are broadly effective and proportionate, however.

The new proposals will not affect the criminal penalties for money laundering under the Proceeds of Crime Act 2002 or the obligations of firms to report suspicious activity to the Serious Organised Crime Agency.

Commercial secretary Lord Sassoon said: “We believe that we can make the regulations more effective and proportionate by removing a range of criminal penalties on all businesses and by lifting the burdens on the smallest businesses. This will modestly reduce the burden on business, without damaging the fight against money laundering.”