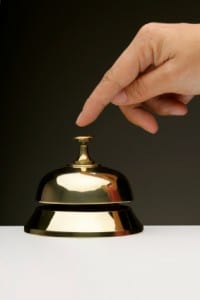 Good service: is publication the way to get lawyers to improve complaints-handling?

The controversial prospect of publishing law firms and chambers’ complaints records will be put firmly back on the agenda with a consultation by the Legal Ombudsman (LeO), Legal Futures can report.

The idea is supported by watchdog Consumer Focus, which has told LeO that it would both assist consumers in making an informed choice when selecting a lawyer, and may also incentivise lawyers to deal more effectively with complaints, placing the consumer at the heart of their service provision.

In 2008, the Legal Complaints Service explored the possibility of publishing complaints against solicitors but eventually abandoned it because of practical problems with a lack of resources and its IT, and also because LeO was on the horizon – however, in doing so the service was clear that it still supported the principle.

It had also faced strong opposition from the Law Society, which described publication as a “crude exercise in naming and shaming”, rather than in promoting good client care.

The consultation – which is likely to be published in the next month – will not take a position on publication, but will instead seek the views of both lawyers and consumers of the benefits and disadvantages. There will also be research undertaken with the Legal Services Consumer Panel to gauge public perception of complaints about legal services to provide context and to provide a baseline to measure against in future. Even if there is support for publication, there is then the question of how such information should be presented.