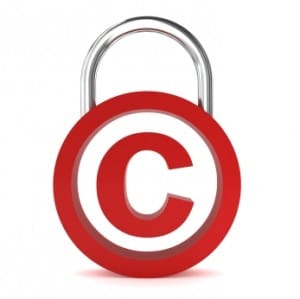 The Solicitors Regulation Authority, Bar Standards Board (BSB) and ILEX Professional Standards have been forced to change the name of their advocacy quality scheme after they were threatened with legal action.

According to BSB director Vanessa Davies’s report to last week’s board meeting, the agency warned that the regulators – which are running the scheme through the Joint Advocacy Group (JAG) – might face legal action if they continued to use the acronym for their scheme.

“Rather than take the risk, the Joint Advocacy Group has now settled on the new title of the Quality Assurance Scheme for Advocates or QASA,” she wrote. “Matthew Nicklin is currently advising on what steps we might need to take in order to protect the name.”

Mr Nicklin is a member of the BSB board and practises in media and defamation law at 5 Raymond Buildings in London.

Ms Davies also revealed that the threat of enforcement action from the Legal Services Board (LSB) – which was unhappy with how the scheme was developing – appears to be receding.

“The LSB seems content with progress made by JAG – they will shortly set out their remaining concerns which they expect to be addressed,” she wrote. “Further discussions will then be held with them to ensure that the approval process for the scheme operates smoothly.”

Minutes of the March meeting of the LSB record that JAG has demonstrated “significant progress” but that there remained “some significant challenges in relation to the design of the scheme”.

The judicial training programme – so that judges can assess advocates as part of the scheme – is being developed and road tests will be held in May and June in Canterbury and Durham, while JAG is talking to the Inns of Court about their role in the scheme, particularly in relation to advocacy CPD, training for underperforming advocates and advocacy assessment through simulations.

“It is important for the credibility of the scheme that the Inns and the Advocacy Training Council are involved and discussions on how this can be achieved will continue,” said Ms Davies.

She added that meetings have also been held with the Ministry of Justice – which she said was supportive – and the Crown Prosecution Service (CPS), which is interested to see how its quality assurance scheme can harmonise with JAG’s.

“The CPS panel scheme which has recently been launched has faced public criticism from the judiciary over the length of the form that they are required to complete when providing references for applicants to CPS panels and the absence of any accompanying guidance. This is a valuable lesson for JAG.”