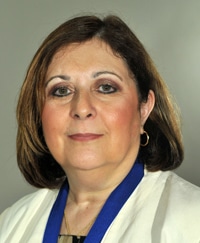 Silver: charter award affirms the quality and integrity of the legal executive qualification

The Queen has granted the Institute of Legal Executives (ILEX) a Royal Charter, meaning that in future Fellows of ILEX will have a protected title – ‘chartered legal executive’.

The new official status as the Chartered Institute of Legal Executives will come into effect towards the end of this year once the charter is sealed.

Charters, granted on the advice of the Privy Council, have a history dating back to the 13th century but are rarely granted nowadays. New charters are normally reserved for bodies that work in the public interest and which can demonstrate pre-eminence, stability and permanence in their particular field.

ILEX President Susan Silver said: “We are delighted to have been awarded a Royal Charter. This recognition affirms the quality and integrity of the legal executive qualification and the important role our members play in the provision of legal services.

“This also shows how ILEX continues to be a hard-working organisation committed to supporting its members in their careers and ensuring the legal sector continues to become more diverse, providing high-quality legal services consumers have come to expect.

“ILEX is 50 years old in 2013 and built its reputation on the firm foundations of the ethical and professional standards set by the former Managing Clerks Association, founded in the 19th century. I pay tribute to them, and to all our members, for the long history of service they have given to law and legal services.”

Chief executive Diane Burleigh added: “ILEX is absolutely dedicated to ensuring that our members provide the best legal services possible. The public have been able to rely on us as a regulator for many years. This charter will ensure future growth of public confidence in legal executives, and in all those who join the Chartered Institute of Legal Executives.”

The application to gain chartered status was supported by the Ministry of Justice and several legal professional bodies.

Justice minister Jonathan Djanogly said: “This is an exciting step forward for ILEX and is important for increasing public recognition of their role in the legal services market.”

Chris Kenny, chief executive of the Legal Services Board, added: “I congratulate ILEX on their receipt of a Royal Charter. This recognises their long-standing commitment to working in the public interest through the development of the legal executive profession in England and Wales.”

Earlier this week, in a speech calling on the legal profession to improve social mobility, Deputy Prime Minister Nick Clegg highlighted the importance of ILEX in providing “the only route to becoming a qualified lawyer that is open to all, regardless of education, social status or background”.

He said: “It [ILEX] offers a route into the profession – for the 22,000 legal executives, trainee legal executives and paralegals, 85% of them come from families where neither parent went to university; three out of four are women. But at the moment only a minority of posts are filled by this route. So if you are serious about social mobility, it seems to be that a huge part of the solution lies right on your doorstep – or at least back in your offices.”