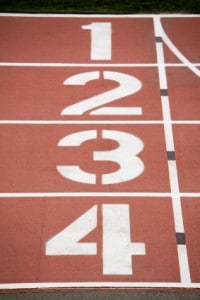 The controversial Quality Assurance Scheme for Advocates (QASA) may now be subject to a full pilot, it has emerged, at the same time as criminal barristers are up in arms at Legal Services Commission (LSC) plans to use the scheme to end payments for QCs, which they say threatens its whole future.

The Joint Advocacy Group overseeing the scheme – made up of the Solicitors Regulation Authority, Bar Standards Board (BSB) and ILEX Professional Standards – is considering how to introduce the scheme, and is looking at a pilot as part of phased, circuit-by-circuit implementation.

Neither has previously been mentioned as a possibility. The scheme was expected to begin with a period of initial accreditation, involving self-certification from this December for the higher level 3 and 4 advocates, followed by validation through judicial assessment of performance in live cases from next April.

Phased implementation is also seen as more manageable, rather than requiring all judges to be trained in how to assess advocates by April 2012.

A JAG spokesman told Legal Futures: “JAG is currently reviewing its approach to implementation. The programme of training 900 judges is a significant logistical task and JAG is therefore considering whether a phased implementation may be more practicable and appropriate to ensure the effective delivery of the scheme.

“A revised implementation plan and timetable will be available shortly following further discussions with all interested parties.”

Meanwhile, in a message yesterday to members of the Criminal Bar Association, chairman Max Hill QC revealed that the LSC intends to consult over changing advocates’ graduated fee scheme payments so they are no longer based on category of advocate – QC, leading junior, led junior and junior – but instead on QASA levels 2, 3 and 4 (relating to Crown Court advocates).

He wrote: “The LSC say this is intended to be on a ‘cost neutral basis’. However, when challenged, they confirmed that they would interpret QASA to mean that there would be no payment category for silks, and no circumstances in which judges could certify cases as requiring silk. They think that judges will certify simply ‘QASA level 4’ etc.

“It will not escape your attention that this proposal, if allowed, would be the end of silk payments for any and all publicly funded defence cases in future. Far from being ‘cost neutral’, the result would be to reduce the £27 million the LSC claim they paid to defence silks last year down to zero. And yes, they did add that they would not be increasing leading junior rates to silk rates on the basis that QASA level 4 as proposed would include silks and senior juniors.”

Mr Hill argued that QASA was never intended to replace silks or impact upon remuneration. “We have never been told that the LSC intends to use the scheme to tie remuneration to QASA levels in this way. For the avoidance of doubt, it is clear to me that the BSB were not told either. This development threatens the entire QASA scheme. We cannot move forward until this issue is resolved.”

A Legal Services Commission spokesman said: “We recently discussed with representatives of barristers and solicitor-advocates how to use QASA as a basis for eligibility and payment of fees to advocates in crime legal aid cases. We previously mentioned the idea in 2008, 2009 and 2010.

“At this stage, with QASA still in development, it’s only right that we gather views from all concerned before we draft proposals. It would then be for government ministers to decide whether they wish to pursue proposals and put them to consultation.”