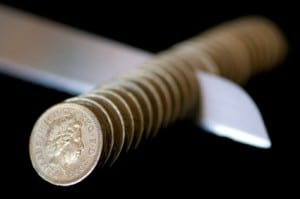 Apportioning costs: £25m to be split between the approved regulators

The Legal Services Board (LSB) has set out its plans to recoup its running costs, and those of the Office for Legal Complaints (OLC), based on a per capita basis and of complaints against each part of the legal profession.

The LSB’s leviable costs for the 2010/11 financial year are estimated at nearly £5 million, while the OLC’s are currently estimated at £20 million, of which up to 10% may be received by case fees for the first two years.

In a consultation paper issued last week (see here), the LSB said it preferred to levy its costs on a per capita basis “as it is a simple approach that requires a minimum amount of data collection for both the approved regulators and the LSB”. This mirrors the approach the LSB took to recouping its initial costs.

The other options it considers are an approach based on the regulatory risk posed by the approved regulators – but this would require the LSB obtaining a detailed understanding of each one – and one based on the volume of activity generated by each approved regulator. But among several objections, the LSB said this could have a disproportionate impact on smaller regulators.

A per capita basis was rejected for the OLC because it does not recognise entity-based regulation and also “takes no account of the relative number of complaints that are currently generated and the reasons behind the creation of the Legal Ombudsman scheme”. Basing the levy on the number of service complaints is “proportionate and targeted as those responsible for the majority of complaints will be responsible for the Legal Ombudsman operational costs. It provides incentives to approved regulators to encourage firms or authorised persons to deal with complaints better in-house”.

The consultation paper does not break down what this would mean for each regulator, but the vast majority of it would fall to the Law Society, while only the Bar Council and Council for Licensed Conveyancers generate more than a minimal number of complaints.

It also suggests approaches to specific scenarios for apportioning and collecting the levy, such as if an approved regulator’s behaviour generates disproportionate work or its designation is cancelled.