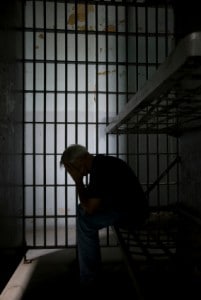 Imprisonable offences: ILEX will have to apply again to extend rights

The Legal Services Board (LSB) has for the first time granted an application to extend the reach of reserved legal activities, giving the Institute of Legal Executives the power to award the right to conduct litigation to associate prosecutors (APs).

Subject to final parliamentary approval, it means that the Crown Prosecution Service (CPS) will be able to continue using APs to conduct certain magistrates’ court litigation and advocacy.

Though currently APs gain the rights to conduct litigation and advocacy through the Director of Public Prosecutions, under the Criminal Justice and Immigration Act 2008 this responsibility shifts to ILEX – and specifically its regulatory arm ILEX Professional Standards (IPS) – from 1 May 2011. ILEX already has the power to grant some advocacy rights.

APs are a division within ILEX’s membership and bringing them within its regulatory reach aimed to allay concerns that APs were neither legally qualified nor subject to a professional code of conduct.

The LSB decided that ILEX can in large part rely on the CPS’s own monitoring and supervision, and its internal quality assurance scheme, to identify problems with APs, although it stressed that this does not absolve ILEX from responsibility for proper regulation.

The board also took account of the fact that all APs work under the supervision of a Crown prosecutor, who will be a barrister or solicitor.

However, the LSB limited the approval to the range of activities currently undertaken by APs, rather than the full range allowed under the 2008 Act but not yet in force. This would allow APs to conduct trials of offences which are punishable by imprisonment.

At the time that the 2008 Act was considered in Parliament, assurances were given that this would not be introduced before May 2011, and the CPS has confirmed that there is currently no plan to act on it. The LSB decided that if this happened, then ILEX should apply to change its regulatory arrangements.

This was the view of the Lord Chief Justice, Lord Judge, who told the LSB that he was otherwise happy with the application, as were the Office of Fair Trading and Legal Services Consumer Panel, the LSB’s three statutory consultees.

IPS chief executive Ian Watson welcomed the LSB’s decision. “IPS has worked closely with the CPS to develop the selection, training, experience and assessment arrangements which are needed to ensure APs are fully competent to carry out the important work they do in the magistrates’ courts,” he said.

“Becoming regulated members of ILEX and having their qualification and performance subject to scrutiny by IPS, as an independent regulator, significantly enhances the confidence which the public and the courts can have in the way APs carry out their work.”

APs have proven controversial over the years, with the Law Society telling the Ministry of Justice in its response to the legal aid green paper last month that there should be “an urgent review” of the use of APs. “We are concerned that, too often, such prosecutors do not have the authority to take decisions on cases and that significant delays and additional hearings result,” it said.