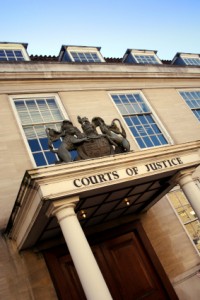 Lord Justice Thomas is heading a new expert group to advise the Solicitors Regulation Authority, Bar Standards Board and ILEX Professional Standards on developing and operating the controversial quality assurance for advocates (QAA) scheme, it has emerged.

As Legal Futures revealed recently, the Legal Services Board has threatened the three regulators – who together form the Joint Advocacy Group (JAG) – with enforcement action over what it sees as the QAA’s shortcomings. While a new approach to the QAA’s governance could start to heal the divide, the BSB last week criticised the LSB’s recent threat as “unhelpful and ill-timed” and called on the board to refrain from “unnecessary intervention”.

As well as each of the regulators, the advisory group will comprise the representative bodies – the Law Society, Bar Council and ILEX – along with the judiciary and three lay members.

The QAA Advisory Group, which met for the first time last week, will also be expected to help ensure the scheme has the support of the judiciary, professions and other interested parties.

The new group marks a change in the way the JAG will manage the QAA. The regulators had planned to create a Performance of Advocacy Council to handle the assessment procedure, but instead the JAG will now retain operational responsibility, supported by the advisory group.

Governance arrangements was one of the three main objections to the QAA scheme voiced by the Legal Services Board, but it is too soon to say whether scrapping the council and introducing the advisory group will satisfy the board.

New BSB director Dr Vanessa Davies described the LSB’s letter as “unhelpful and ill-timed” in her report to last week’s BSB board meeting. She told members that the JAG continues to push on with development of the QAA for its launch in July. “A meeting with the LSB is due to take place in the latter half of January to discuss their recent letter, to explain the progress made to date on the project and to seek to resist any unnecessary intervention by the LSB,” she added.

She also reported that following the recent consultation on the QAA, the JAG is examining several key policy issues, such as the alternative assessment routes where judicial evaluation is not possible, the process to review applications where the advocates is unhappy with the outcome, the approach to passporting existing advocates into the scheme and the development of judicial training.