Education and training review “may not report until 2013”, Potter admits 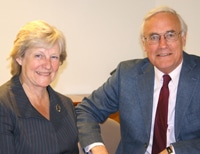 The legal education and training review (LETR), commissioned by the three main frontline legal regulators in November 2010, may not produce its final report until some point in 2013, it has emerged.

Meanwhile, in a setback the academic body contracted to provide research to inform the LETR’s recommendations has shut down after its funding was cancelled. But the personnel involved will continue with their work.

In other developments, the LETR is to create a new international advisory group to assist its academic researchers. The move comes as a report for the Legal Services Board (LSB) warns that the reputation of the profession could be damaged if globalisation is not considered when making changes to legal education.

The two-year LETR, formerly known as Review 2020, was set up by the Solicitors Regulation Authority (SRA), the Bar Standards Board and ILEX Professional Standards (IPS) and is scheduled to report at the end of 2012. Its brief is to “report on the main challenges and changes that will influence the shape of the future legal services sector and determine the legal services education and training system(s) necessary to underpin that structure”.

Speaking at a debate on legal education in London last week , former appeal court judge Sir Mark Potter, who with Dame Janet Gaymer chairs the LETR’s consultation steering panel, said his panel had met just once so far in a “purely introductory exercise” and would meet again next month.

On the LETR’s likely finish date, Sir Mark hinted that it could slip into 2013. He was still hopeful it could meet the end-of-2012 deadline, but warned: “That may be somewhat ambitious.”

The project suffered a blow at the end of July when the body it selected to head its research, the UK Centre for Legal Education (UKCLE) Research Consortium, was shut down after the Higher Education Academy pulled its funding. The body was chosen by the LETR only in April after a formal tendering exercise.

However, according to an SRA spokesman, the UKCLE was “just an umbrella organisation to bring together various learning streams from different law schools. It didn’t exist as a legal entity as such; it was merely a brand name.”

He said the contract for the LETR was technically with the University of Warwick and so would continue without interruption. The research team is headed by Professor Julian Webb of Warwick, who was the UKCLE’s director.

Once appointed, the international advisory group will provide an international perspective and advise on comparative aspects of the project.

The announcement of the formation of the international group came shortly before publication of a report that warned that “legal education in the UK cannot be viewed in isolation from the rest of the world”.

The report, Legal education in the global context, by John Flood, professor of law and sociology at the University of Westminster, was commissioned by the LSB in support of the LETR.

Professor Flood concluded: “Any changes in the way legal education is delivered need to take account of globalisation and the role that professions play in society. Denying their effects could cause serious damage to the reputation of the UK legal profession.”

In the report he noted that while the UK “has enjoyed immense status and popularity in the globalisation of law”, legal education in the UK “is at a crossroads”.

He added that “the undergraduate legal degree combined with apprenticeship is losing attraction in the world”, while the US “appears to be more advanced in exporting its model of legal education, especially to emergent markets such as China and India. Even former adherents to the British model—Australia and Canada—are adopting American ways.”