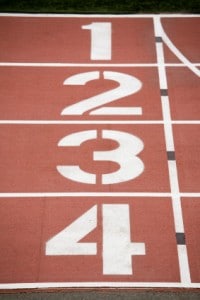 Skill levels: advocates will be assessed up to level four

Among the problems are a failure to consider consumer needs, weaker standards than had been consulted on, and allowing advocates to choose which cases they are assessed on.

In its response to the consultation issued by the Joint Advocacy Group (JAG) – made up of the Bar Standards Board, Solicitors Regulation Authority and ILEX Professional Standards – the panel said crime was a good area of practice to start, given the consequences of poor advocacy for the client, and said it would welcome extension of the scheme to other areas.

However, it said a “key weakness of the proposed scheme is that there are no mechanisms for the experience of clients, witnesses, victims, JPs, the police or court staff to be considered. The most common purchasers of advocacy services, instructing solicitors, also have few opportunities to input”.

While recognising that the judiciary is an “important audience”, the panel was concerned that judges had been placed at the heart of the scheme: “The outcomes and characteristics that a judge values will not always be the same as a consumer. For example, consumers and juries may want court arguments to be presented in lay terms.” Even more importantly, it said, aspects of the standards, such as client care and assisting clients in decision-making, will not be visible to judges.

The panel was critical of changes to the common advocacy standards – on which there was a previous consultation – without any explanation as to why. It argued that the standards had been weakened by the removal of requirements such as keeping lay and professional clients up-to-date. “The panel is bemused that JAG no longer considers this a necessary competence for advocates to demonstrate.”

There are four levels of accreditation, but the panel said the possibility that advocates will be able choose which cases they are assessed on for accreditation at the higher level 3 and 4 – and could potentially make requests after a case had finished – means “the odds are stacked too heavily in advocates’ favour”.

A better approach would be for an advocate to indicate that they would like to be assessed and then any cases over a period of time could be subject to review, the panel suggested, without advocates knowing which until after the event.

The panel also called for more development of the “traffic light” system for flagging up problems with advocates – such as what issues trigger a light, how they would link to regulatory action and how consumers will be protected from advocates subject to such warnings – and said there need to be more clarity around the governance and membership of the Performance of Advocacy Council, which will oversee the scheme.

At last weekend’s Bar conference, the Master of the Rolls, Lord Neuberger, issued a strong defence of judges’ role in the scheme, saying they are the “ultimate consumer” (see story), while Legal Services Board chairman David Edmonds said he thought the Bar Standards Board should be the sole regulator of advocacy, which throws the whole future of the JAG into question.