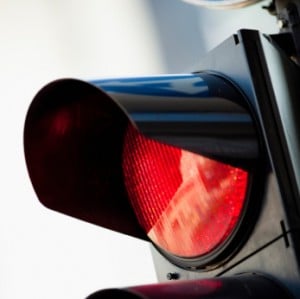 Common advocacy standards for criminal law specialist barristers, solicitors and legal executives should be in place by July 2011, it has been announced.

The Joint Advocacy Group (JAG) – established by the Bar Standards Board, the Solicitors Regulation Authority and ILEX Professional Standards to develop a scheme to quality assure advocacy across the three professions – has launched a consultation on how it will deliver the scheme to quality assure advocates in the criminal courts, with the judiciary set to play a key role in assessing and policing advocates.

The long-term plan is to introduce common standards for all advocates in all areas of practice, but given the size of the task, the regulators are taking an incremental approach, starting with criminal practice as it is the area where there has been greatest interest in consistent advocacy competence and performance. There are some 8,500 higher court advocates, with substantially more operating in the lower courts.

The first stage of the process was a consultation last year on common advocacy standards in criminal work, which have now been agreed.

The Legal Services Board is sponsoring the process and has set out seven principles which it says should underpin the scheme. Legal Futures understands that the board has been expressing concerns privately that the scheme being developed does not meet them all.

The consultation proposes that an independent body will be set up to implement and operate the scheme, currently dubbed the Performance of Advocacy Council (PAC), the costs of which have yet to be determined but the JAG is committed to making it economic. There will be four levels, which advocates will be able to move up incrementally:

When the scheme starts, the difficulties of assessing all advocates at the time means the JAG is proposing that they will self-assess and decide on the level at which they believe they practise, with reaccreditation within three years (when the whole scheme will be reviewed as well). More generally five-yearly reaccreditation is proposed for all advocates, including QCs.

There will be a ‘traffic light’ system to pick up underperformance outside of the accreditation process, with judges and possibly others – such as instructing solicitors, other advocates and clients – able to submit formal reports. If an advocate receives a certain number (at least two), then the PAC will make recommendations to their regulator on retraining.

The consultation paper recognises that judges will have to be encouraged to participate in this scheme as “historically the judiciary have been reluctant to identify to the regulators advocacy which does not appear to meet the required standards”.

In a statement, the JAG said: “The scheme proposed represents a proportionate and practicable approach to quality assurance of criminal advocacy. It is fundamental to effective regulation that rigorous quality assurance systems are in place to ensure that standards are attained and then maintained. The scheme set out in the consultation paper represents a cost-effective and straightforward solution which the Joint Advocacy Group believes is in the public interest and will carry the confidence of the profession and the judiciary.”

The JAG argues that regulatory intervention is needed because of concerns raised by judges over the quality of advocacy, “the fallibility of relying on market forces” to eliminate underperforming advocates, and the need for consumer confidence.

It also recognises that the system needs to be “future proof” given the changes coming under the Legal Services Act. The consultation paper explains: “It is likely that ILEX advocates will increase in numbers and there is a growing cohort of solicitor higher court advocates. At the same time, the number of barristers exercising rights of audience via alternative business structures and in-house will increase as firms develop their own advocacy capability. Each of these brings its own challenges to the effective operation of a quality assurance scheme and JAG has had regard, when developing its approach, to how the scheme will meet the changing shape of advocacy practice.”

The consultation closes on 12 November and can be found here.