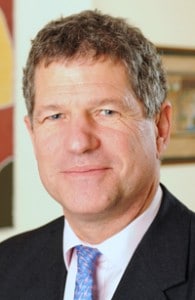 Lodder: assessment centres should only be used in exceptional circumstances

The Bar has launched a last-ditch bid to focus the criminal advocates’ quality assurance scheme on judicial evaluation and steer it away from the alternative assessment centre route favoured by solicitors.

Meanwhile, the Solicitors Regulation Authority (SRA) – which has helped push the scheme to allow for other methods of assessment – has received assurances on judges’ training and the rights of advocates seeking accreditation to choose which cases are judicially assessed.

The Quality Assurance Scheme for Advocates (QASA) is currently awaiting Legal Services Board (LSB) approval. At its meeting last week, the SRA decided it was content with the scheme as it is now shaped, despite the Law Society and Solicitors Association of Higher Court Advocates attempting very late in the day to derail it. They are concerned in particular about the role of judicial assessment.

Speaking at the Bar Standards Board’s (BSB) monthly board meeting in London last week, Bar Council chairman Peter Lodder appealed directly to the LSB chairman David Edmonds not to allow evaluation by assessment centre to be a “soft option”.

Mr Edmonds, who with senior LSB officials was attending the BSB meeting by invitation, responded: “The assessment centre isn’t, won’t be, and shouldn’t be a soft option”. The LSB would monitor data emerging from QASA once operational, he promised.

Mr Lodder said the Bar would continue to argue that judicial evaluation should be “very much at the core” of the scheme. He insisted that “assessment centres, which are not the same thing however hard we try to make them so”, should be used only in “exceptional circumstances”.

The two options for progress within the QASA are judicial evaluation in court or assessment by an organisation via a series of simulated exercises. The assessment centre route was introduced largely to tackle concerns from solicitors that an over-reliance of judges could prejudice the advancement of solicitor-advocates.

The Joint Advocacy Group, comprising the BSB, the SRA and ILEX Professional Standards, sent the QASA final draft to the LSB for approval earlier this month, after each of the regulators’ boards gave it the go-ahead.

Mr Lodder reported there was “concern within the Bar” that accreditation of criminal advocates would not be “sufficiently rigorous”. Under the BSB’s constitution, the Bar Council chairman has the right to attend and speak at board meetings, but not to vote.

In a related development, a team led by SRA chairman Charles Plant recently met Lord Justice Thomas, who chairs the QASA advisory group. The team was assured that the scheme would not begin until the 600 judges involved were fully trained. Training begins in October and runs until March 2012.

Mr Plant told the SRA’s board meeting last week that another concern – that advocates provisionally promoted to practice at the next of the four competency levels would have to be assessed for full accreditation on their next two cases – had also been met.

In a concession designed to give advocates some say on which judge evaluates their ability to continue practising at the higher level, the final QASA draft said they will be assessed on any two of their next five cases.