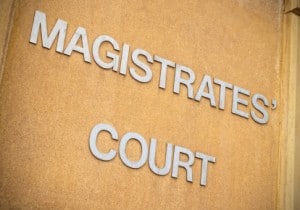 Courts: judges will be able to refer under-performing advocates

Magistrates’ court advocates who choose an assessment centre route to progress under the Quality Assurance Scheme for Advocates (QASA) could pay as much as 15 times more than those who undergo judicial evaluation.

According to a paper presented to last week’s monthly Bar Standards Board (BSB) board meeting, the estimated cost of a judge-assessed application to move to a higher level of advocacy competence will be between £100 and £150 for those at level 1 – advocates in magistrates’ courts.

Yet the market rate charged by an accredited outsourced assessment organisation is estimated to “range from £500 to £1,500 across the levels”, the paper said.

Assessment centres, devised as an alternative to judicial evaluation, will involve the expense of simulating courtroom advocacy. They will also have to recruit assessors whose own level of accreditation at least matches that which they are assessing.

In a separate move likely to fuel Law Society concerns about over-reliance on judges and possible anti-solicitor bias in the scheme, the board’s lead member on QASA, Sam Stein QC, said using retired judges as assessors in assessment centres was under consideration.

In the first public indication of the scheme’s overall cost, the paper estimated £305,222 would be needed to fund the scheme until March 2013 and £207,168 in its first full year of operation on a non-profit, cost-recovery basis.

The BSB’s board gave the go ahead to the QASA framework, which was proposed by the Joint Advocacy Group, made up of the BSB, the Solicitors Regulation Authority (SRA), and ILEX Professional Standards (IPS). The SRA approved it earlier this month.

Only IPS has yet to give it the green light before it is sent to the Legal Services Board. If adopted, the scheme will go live on 1 January 2012, starting with more senior barristers – at levels 3 and 4 – assessing their own competency and applying for accreditation at the appropriate level. Less experienced advocates will have applied for validation of their self-assessment by the following October.

Other features of the QASA revealed in the paper include:

Rules and regulations will be drawn up after the scheme has LSB approval.