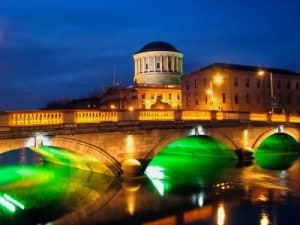 Ireland: lawyers worried about impact of proposals on independence

The Republic of Ireland is to introduce completely independent regulation of the legal profession – and possibly fuse the solicitors’ and barristers’ professions – the Dublin government has announced.

The Legal Services Regulation Bill being published on Monday will meet several of the commitments to structural reform of the profession that Ireland gave to the EU and IMF as part of the country’s financial bail-out last December.

The Legal Services Regulatory Authority, which will have a lay majority, will take over regulation from the Law Society and Bar Council of Ireland, who will pay for it through a levy.

The government rejected a 2006 recommendation from the Irish Competition Authority that it introduce an English-style arrangement, with an oversight regulator and full separation of regulatory and representative functions within the Law Society and Bar Council.

Among a series of other radical reforms that in some ways go further than those on the other side of the Irish Sea, the government has proposed an independent complaints and disciplinary structure, and an Office of the Legal Costs Adjudicator, alongside requiring lawyers to provide far greater transparency over their costs.

The new authority will also “come up with proposals to advance more complex issues”, such as “unification of the two branches of the legal profession”, a separate profession of ‘conveyancers’, direct access to barristers, and barrister partnerships, partnerships between barristers and solicitors, and multi-disciplinary practices. There is no explicit reference in the material released so far to non-lawyer investment.

Justice minister Alan Shatter said: “Together, these provisions will promote competition and transparency in the organisation and provision of legal services in the state and in relation to legal costs. They will also create a single and independent point of call for those who wish to make complaints about legal services. The new bill sets out to better balance the respective interests of the public, consumers and legal professionals in their respective provision and consumption of legal services.”

The Law Society of Ireland has recently complained about the difficulties it experienced in meeting officials and that it had not been given any information about the contents of the bill.

Speaking on RTE One on Tuesday, the society’s chief executive, Ken Murphy, stressed that solicitors are not opposed to all change, but said: “It is striking the minister has gone for a model which the Competition Authority did not recommend [and] which was actually not followed in England and Wales. We’re concerned about the effect on the independence of the profession, which is a citizen’s right, and also we’re concerned about the cost of it. The legal profession is suffering badly economically at the moment; we don’t need additional costs of this kind.”