Consumers back complaints publication but could misuse information, research finds 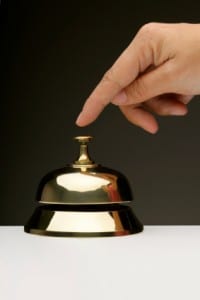 Consumers believe that a lawyer who has provided a bad service should be “named and shamed”, research released today has found.

However, there are signs that consumers are likely to use published information “in a way that may be at odds with the Legal Ombudsman’s reasons for publication”, according to a report of 12 focus groups conducted on behalf of the ombudsman and the Legal Services Consumer Panel.

The groups, consisting of 58 people, broadly backed publication of law firms’ complaints records, but suggested that firms should only be listed once they have been at fault in a certain number of cases in a finite period – three cases in 12 months attracted widespread support.

The research – conducted by Acute Insight Market Research to inform the ombudsman’s consultation on the publication – said it was likely that consumers would use the information as a checklist or to see the table of local providers “as an inclusive rating of solicitors in their area”.

The report said: “This would be an erroneous use and misuse of the information because those solicitors not subject to complaints would not be featured in the list. Therefore it is essential that the list should be clearly positioned as only containing the names of firms against whom complaints had been filed.”

The consumers interviewed actually showed little interest in the issue of publication – there was no knowledge that other regulators published information about complaints made to them and so no expectation that the Legal Ombudsman (LeO) would do so. But once they were reassured that the complainant’s details would remain confidential, there was general support for publication. Publishing information without naming firms was “of little relevance and interest”.

There was clear support for publication being in a tabular format on LeO’s website, listing the firms against whom complaints had been made and allowing users to investigate cases in more detail by clicking on a ‘more information’ link. Consumers did not think complaints that were not upheld should be included.

The research found that “to a large extent, solicitors are held in a degree of respect, bordering on awe, that is awarded to few professionals other than perhaps doctors. Because the legal world and the language it uses is foreign territory to most consumers, they feel they have to trust their lawyer to do the right thing for them”.

However, there were signs of a strong degree of reluctance to complain, reflecting fears that “the solicitor will always be about to outsmart them [and] that solicitors are ‘a law unto themselves’”.

Panel chairwoman, Baroness Hayter, said the research gives LeO “the final piece of evidence it needs to name those law firms who regularly provide poor service… Consumers’ insistence on a fair publication scheme should give everyone confidence that complaints data would be used sensibly and lawyers would not be unfairly penalised as some in the profession claim”.

A separate study for LeO and the panel involving qualitative research among 15 high street solicitors unsurprisingly found hostility to the idea of publication.

The consumer research cautioned that findings based on a small sample like this should be seen as indicative, rather than definitive. “Nevertheless, a fairly consistent pattern of findings emerged across the sample.”