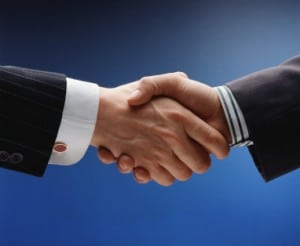 Joining forces: barristers are keen to link up with other counsel, as well as solicitors

More than a third of barristers are likely to join a new business structure in the next five years, research has shown, and this number is likely to increase as understanding of the opportunities under the Legal Services Act improves.

Barrister-only entities were the most popular (23%) followed by alternative business structures (ABSs) (21%) and legal disciplinary practices (17%). Barristers in large chambers, or who have been at the bar for longer periods of time, are more likely to be interested in working in a new structure, as are those practising employment law and criminal law. Those in chancery or commercial law are the least likely.

The survey looked at the factors that would go into a barrister’s decision to join an ABS, with the ability to maintain autonomy and control over their practice the most important, followed by avoiding conflicts of interest and remaining a member of the bar as a separate and independent profession. Opportunities for growth/increased income and improved stability and financial security were also highly ranked.

Almost two-thirds of barristers (63%) said it is either very or fairly important to retain BSB regulation in new business structures, with 68% stating that it is in the public interest for the BSB to be a regulator. Most consultees preferred in principle for the BSB to regulate them (as opposed to the Solicitors Regulation Authority or any other regulator).

BSB chairwoman Baroness Ruth Deech said: “We are at an important crossroads for the future of the barristers’ profession. The Legal Services Act has the potential fundamentally to reform the delivery of legal services. It falls to the BSB, as an approved regulator under the Act, to ensure that consumers benefit from the reforms through improved access to high-quality legal services.

“The results show some interesting trends – alongside significant interest in new business structures, the survey revealed the value placed on self-employed practice and on the cornerstones of a separate and independent barristers’ profession. This underlines the importance of producing a comprehensive consultation paper that delves more deeply into the most important issues that BSB entity regulation raises. We have also taken on board the need for more readily available information on the Legal Services Act reforms.”