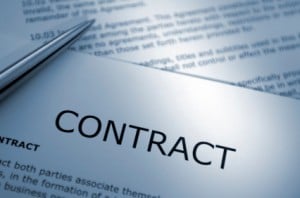 Contractual terms: BSB would not let Bar Council make application in its name

The introduction of controversial new standard contractual terms for solicitors instructing barristers has been further delayed by confusion over the split of responsibilities between the Bar Council and Bar Standards Board (BSB), Legal Futures can reveal.

While the Bar Council has been leading the work on the new scheme, the BSB is required to apply to the Legal Services Board (LSB) for approval of amendments to the bar’s code of conduct. The Bar Council has been drafting the application, and at the BSB’s full board meeting last week, the suggestion that this could go into the LSB without further review by the BSB’s standards committee was firmly rejected.

Barrister member Matthew Nicklin described the contractual terms as a “union-based activity that we have inherited, bizarrely”. Bar Council chairman Nick Green QC stressed that there was no attempt to cross the governance boundaries.

In its response to a Bar Council consultation earlier this year, the Law Society said it was “puzzling that a consultation about a regulatory change is being undertaken by the representative arm of the Bar Council, rather than the Bar Standards Board”.

The new terms are designed to replace the commonly used non-contractual terms as a model which can be easily adapted by the parties. The scheme also replaces the withdrawal of credit scheme with an advisory list of defaulting solicitors, giving barristers the option to accept or refuse instructions from solicitors on the list. The Bar Council has taken unilateral action on this after years of negotiations with the Law Society failed to produce agreement.

An attempt to win approval of the necessary code amendments was made last year but it ran out of time because of the transfer of power from the Ministry of Justice to LSB. The Bar Council then held the consultation because a new application would have to be made and there had been little consultation on the new terms previously.

Though some changes are being made to contractual terms and rules relating to the list of defaulting solicitors as a result, the code amendments are not being altered, Jalil Asif QC of the Bar Council’s implementation committee told the BSB meeting.

The consultation found overwhelming agreement that the existing terms of work and withdrawal of credit scheme should be abolished and replaced by new contractual terms. However, there was opposition to the new scheme on various grounds from the Law Society, City of London Law Society and major City law firms, while the Solicitors Regulation Authority also expressed some concerns.

Meanwhile, Dr Vanessa Davies, a non-practising barrister, has been named the new director of the Bar Standards Board. She takes over in December, having previously been director of operations at Refugee and Migrant Justice,

Also last week, the BSB officially launched its chambers monitoring scheme, which was reported on Legal Futures last month (see story). Chambers will have to complete a compulsory online questionnaire which will assess whether and how they comply with regulatory requirements relating to complaints handling, pupillage, equality and diversity, and money laundering.

Once completed, the results will be analysed and where non-compliance is identified the BSB will contact chambers to discuss how it can be addressed and to agree appropriate follow up action. If the recommended remedial action is not taken, or there are serious concerns about the compliance of a particular set of chambers, the BSB may visit chambers and take further action. Disciplinary action will be a last resort and only after attempts to work with chambers to help them to comply have failed.

BSB chairwoman Baroness Ruth Deech said: “We are not looking to point the finger, but to assist all chambers to meet the requirements.”