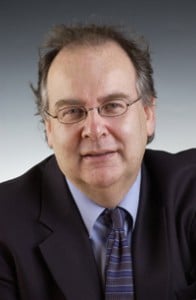 Falconer: ABSs are challenging for the preservation of legal ethics

Lord Falconer, who as Lord Chancellor steered the Legal Services Act through Parliament, last week warned about the challenges alternative business structures (ABSs) provide for “the preservation of legal ethics”.

In a speech to a seminar on the future of legal education, hosted by Inner Temple, the Labour frontbencher also said the imbalance between the number of bar students and pupillages meant “we are close to the point” where a cap should be imposed on the number of places on the bar professional training course.

Lord Falconer said the effect of ABSs will be “to weaken the ability of the legal profession’s regulators to monitor and control the provision of legal services”.

Currently, solicitors and barristers may have to borrow from banks to meet their funding needs, “but it is they who take the risks, so it is their ethics and their standards which determine the standards and ethics of the entity”, he said.

But external investment means that while there are requirements that the lawyers make legal decisions in an independent way, “inevitably the nature of the organisation is that its driving force will not be exclusively barristers or solicitors steeped in the values and the culture of the law. Its ethics and values will come as much, if not more, from the investors and managers, who will be driven exclusively by the commercial pressure”.

The peer said that while ABSs were “good in many respects for the consumer of legal services”, they were “challenging for the preservation of legal ethics”.

Despite the comments – which Professor Stephen Mayson described in a tweet from the event as a “jaw-dropping comment from the responsible minister” – Lord Falconer stressed to Legal Futures afterwards that he was not backtracking in his support for ABSs, given the strength of the consumer case for them. That they would pose ethical challenges was accepted from the start, he said.

The potential for pressure from non-lawyer owners to act unethically has been one of the main arguments against ABSs. But research commissioned by Lord Falconer’s then department in 2005 from Paul Grout, a professor of political economy at Bristol University, said this overlooked the fact that there would be little personal gain for the lawyer in acting unprofessionally. By contrast, he reasoned, where the lawyer has a larger ownership of the business, there is far more incentive to take the risk.

On capping the numbers on the BPTC, Lord Falconer said the argument for not doing so is that those who want to should be allowed to take their chances – “the greater the pressure, the higher the quality”. On the other hand, the absence of a cap “favours the better funded, which increases the narrowing of the base”.

He concluded: “I believe we are close the point where we should impose a restriction. It is an issue I hope the regulators will address in their review [of legal education and training]. Ultimately the crushed hopes of so many after the expenditure of over £50,000 are not good for the profession. We would rightly be accused to leading people on in a way which is not necessary for the well-being of the profession.”

The spectre of competition law has always been raised when a cap on student numbers is considered, but 2010 Bar Council chairman Nick Green, in an earlier address to the event, said he saw “no rational argument” under competition law which says the market should decide.

He said: “This is a market which is already hugely distorted by governmental decisions in relation to education and this will remain a feature of the landscape. And in any event, the law is clear that in relation to the liberal professions such as the law, whether a particular rule or practice affects completion is not the sole lodestar for analysis. The law, as confirmed by the European Court of Justice, is that public interest considerations relating to the profession which are applied objectively, reasonably and proportionately can take precedence.”

For further reading on ABSs and ethics, Professor Richard Moorhead has blogged in the wake of Lord Falconer’s speech.