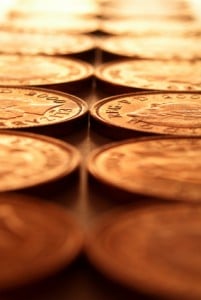 Junior and employed barristers are facing major rises in their practising certificate (PC) fees under reforms unveiled by the Bar Council.

Women and black and minority ethnic (BME) barristers are set to be disproportionately hit by the increases, although the Bar Council says the waiver system for low earners will offset this.

The Bar Council is planning to align the PC fee collection dates for the self-employed and employed bar, so that the practising year for all barristers begins on 1 April from 2012; this means a 15-month budget for 2011/12.

In a note to barristers, treasurer Andrew Mitchell QC said the Bar Council planned to end the lower PC fees charged to employed barristers (EB) when compared to self-employed barristers (SEB) – “there is increasing movement between the two parts of the profession, with many EB and SEB undertaking similar work with similar regulatory risk” – while it also wants to scrap the banding based on different levels of experience, beyond a split between juniors and QCs. However, a concession to those of 0-4 years’ call has been accepted.

Expenditure in 2011 is to be capped at the same level as 2010, although some costs outside the Bar’s control, such as those of the Legal Services Board and Office for Legal Complaints, are to rise, it said.

Women make up a higher proportion of the profession under 13 years of call than they do as a percentage of the profession as a whole, while women and BME barristers are also more likely to be in employment, meaning they will be disproportionately hit by the changes.

But as these groups generally earn less than their white male counterparts, Mr Mitchell said the rises would be mitigated by maintaining the current systems of waivers, which halves the core PC fee for EBs earning less than £30,000 and SEBs less than £40,000. “it follows that the [changes] are good for the profession as a whole while at the same time the most vulnerable are protected from any significant rise in their PC payments”.

The proposals will be discussed by the Bar’s general management committee in September and Bar Council in October, and Mr Mitchell asked for any observations on them by e-mail to 2011budget@barcouncil.org.uk. To see Mr Mitchell’s note in full, click here.