Hockman: BSB risking future of Bar as separate branch of the profession 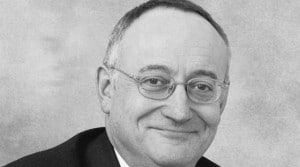 Hockman: there was no explicit discussion of the BSB's change of approach

The Bar Standards Board’s (BSB) move into entity regulation raises questions about the future of the Bar as a separate branch of the legal profession and could even lead to a solicitor heading the Bar, a former Bar Council chairman will warn this evening.

Delivering a lecture at City University – where he is a visiting professor – Stephen Hockman QC will argue that the Bar is being led down a road that its members have not had the chance to assess because between 2009 and 2010 the BSB’s thinking changed from contemplating regulating barrister-only entities to those with non-barrister managers too.

“There was however no explicit discussion of this change of approach, still less of the impact of that change in the context of the future of the Bar,” he will say.

Mr Hockman will say that the only real difference between an entity regulated by the BSB, as currently proposed, and one regulated by the Solicitors Regulation Authority will be that outside ownership will not be permitted (as all owners must also be managers).

“It would seem inescapable that, if the BSB takes power to regulate entities on this basis, this will or may lead to the BSB shortly taking power to regulate solicitors (and others), subject only to the suggested principle that those regulated should focus upon advocacy.

“It may also be thought inescapable that if (to facilitate the foregoing) the constitution of the Bar Council needs to be changed (as the BSB accept and assert would be necessary), then that constitution will also require to be changed in order to allow solicitors to become subscribers to and members of the Bar Council. It would also seem inescapable that solicitors may then become members of and benchers of the Inns of Court. The moment when solicitors occupy the chairmanship of the Bar and the treasureship of all four Inns could not then be indefinitely postponed.

“However desirable such developments may be, it would seem inappropriate for such changes to come about without a process of conscious decision-making on the part of the Bar.”

The silk, who is head of 6 Pump Court chambers, will argue that the Legal Services Act 2007 did not envisage the BSB regulating non-barristers, “since the consultation paper [on entity regulation] concedes that there would need to be some legislative amendments to achieve this objective”.

The silk will suggest that the BSB’s approach is inconsistent with the Act’s objective of encouraging a strong and diverse legal profession and of having separate approved regulators for solicitors and barristers.

He will also question what effect barristers in chambers adopting the partnership model will have on the “ethos of personal responsibility hitherto integral to professional practice at the Bar”, and the impact on the Bar Council/BSB’s regulatory role if significant numbers of barristers choose to practise in structures other than chambers or barrister-only partnerships.

The future of the Bar can only be guaranteed if advocates come to see the Bar’s regime as the regime of choice for those who wish to practise advocacy, he will conclude.