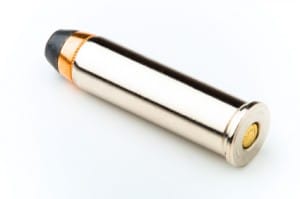 Silver bullet? ProcureCo is not the answer to all the Bar's ills, says Williams

The “golden age” is over for barristers as the Bar faces falling income and shrinking numbers, a new report has claimed.

However, the Bar still has “an enormous amount in its favour” and barristers can ensure their future by communicating its relevance, proving its value and improving upon already high levels of service, according to leading legal consultancy Jomati.

There is also evidence of a correlation between the best-performing sets and large numbers of QCs and marketing staff.

The report – Challenges and choices: The Bar in flux – found that both public bodies and large corporate are seeking to reduce their advocacy spend, some using barrister panels to help drive down costs, while a “steady increase” in solicitor-advocates in the higher costs is absorbing more and more advocacy work.

Meanwhile, it said the number of barristers retiring is rapidly accelerating as ‘baby boomers’ come to the end of their careers, just as the number of tenancies decreases across England and Wales as economic conditions make it harder for many sets to grow organically. This is likely to lead to chambers merging.

The Bar Council and Bar Standards Board have responded to the issues facing barristers by permitting them to set up procurement companies, known as ProcureCos, to help secure work directly from clients. But Tony Williams, Jomati principal and former managing partner of Clifford Chance, said: “The ProcureCo is not a silver bullet and barristers may have to completely re-examine the way their chambers operates in order to secure sufficient flow and quality of work in the future.”

The report lays out some key principles chambers should consider, including the need to operate in a more businesslike fashion. While recognising that team-based thinking does not come naturally to the Bar, “the key is not to assume that because an advocate stands alone in court, their operational ‘base’ must function the same way”.

It points out that in the eyes of clients, a chambers is a single entity and a single brand, while group issues impact individuals, such as poor earnings of the group reducing the ability to invest, which in turn affects all the individuals. It also highlights the importance of client relationships, which barristers often overlook.

An analysis of the top 30 chambers (by revenue) indicates that the most profitable sets invest more, particularly in clerks, marketing and other support staff (although profitability may also be impacted by the type and value of work undertaken). Between them these sets bring in revenues of £750m, with gross profits per member across them all, after chambers dues, of £350,000.

The analysis also suggests that those sets which have focused on having QCs may also be building a virtuous circle for themselves. There is a heavy concentration of silks among the highest-revenue chambers – 40% of the country’s QCs worked in the top 30.

“Unsurprisingly, the top sets by revenue are also the sets with the highest proportion of silks,” the report said. “In some cases, encouraging members to take silk can benefit the set. Such a ‘silk-heavy’ system is not possible for all as it can naturally cut barristers off from lower-value work… The other sets in England and Wales may not wish to build such a high-priced group of barristers – nor may it always be sensible for them to try to – but it is clear that some that have done so have gained a significant revenue advantage which can in turn be used to fund pupillages at higher rates to attract the best talent and pay for better support.”