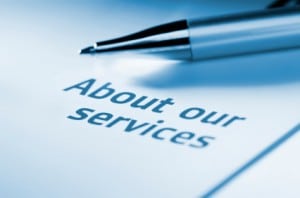 Opportunity: leaflet containing the complaints information could also market the skills and experience of the barrister

The obligation on barristers to notify clients of their right to complain to the Legal Ombudsman is more a marketing opportunity than a burden, the Legal Services Board (LSB) has said.

Meanwhile, the LSB reaffirmed that its policy on providing complaints information at the time of engagement will stand, despite a number of concerns raised by the Bar Standards Board (BSB).

At a meeting with the LSB, the barristers’ regulator argued the new complaints requirements on all lawyers “misunderstand” the way the Bar operates. The BSB team – comprising board members Charles Hollander QC and Sarah Brown, plus head of quality Oliver Hanmer – stressed that barristers do not generally have direct relationships with clients and often do not meet them.

Reporting to the BSB board’s monthly meeting last night, the team said the LSB is holding firm on the principle of early notification. They said the LSB appreciates that the new requirements will sometimes be impractical, but insists it is in the consumer interest that information on complaints is given at the outset.

Where the identity of a lay client is known, chambers should make every effort to provide information to them directly. Where details are not known, the instructing solicitor should be asked to pass it on, the LSB is reported to have said.

Properly handled, the task “can be turned into a marketing opportunity”, the BSB was told. A leaflet containing the complaints information could also market the skills and experience of the barrister, who should be able “to hand them out to clients without embarrassment”, the report said. It added that the LSB provided an example of such a leaflet to prove its point.

The BSB has adopted the idea and will draft a template for client information leaflets of its own and present it, along with revised guidance on complaints, to next month’s board meeting.

Describing the LSB’s proposals overall, the BSB said they go little further than existing chambers complaints requirements, which have never generated any concerns “and with which we assume chambers are already complying”. As long as the BSB monitor chambers to ensure they have systems to comply with the complaints requirements in good faith, the LSB recognises “that in particular specific cases there will be circumstances where compliance is impractical”, it reported.