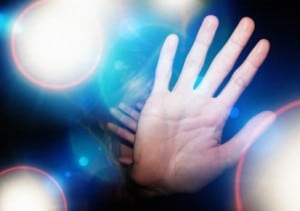 Centre of attention: barristers will be able to give personal comment to media

Barristers should be allowed to give their own opinions to the media in cases in which they are involved, the Bar Standards Board (BSB) is to recommend.

It is also set to introduce the term “unregistered barrister” to denote a barrister without a practicing certificate who is providing unreserved legal services to the public or small businesses.

Since 2001, a barrister has been allowed to cite the opinions of clients but is barred from expressing a personal view. The kind of comments solicitor Mark Stephens has been making during his representation of WikiLeaks founder Julian Assange, for example, would likely go beyond this limit.

Since 2007 the Solicitors Regulation Authority has allowed solicitor-advocates to express opinions, and it was argued that a divergent regulatory approach would be unsustainable once alternative business structures come in next October: “Retaining the ban for barristers would involve different rules for solicitor-advocates, which might be problematic when they work together in an ABS,” it said. Guidance will be developed on the issues barristers will have to consider before making personal comments.

The proposal will go out for consultation in January as part of a new draft Bar Code of Conduct. The consultation will also propose that barristers without practising certificates who provide unreserved legal services to individuals and small businesses must get written confirmation from the client that the barrister has explained his status and the consequences (such as not being covered by insurance). Such practitioners will be allowed to call themselves “unregistered barristers”. The rules will not apply to barristers working at law firms.

The board was told that this is necessary because of the “large and growing” number of barristers operating like this. “The fact that they are barristers may become known, so there are risks that they could bring the profession into disrepute and/or that their clients could be unwittingly unprotected,” a paper said.

The consultation will also propose giving the BSB discretion to refuse to renew a practising certificate if a barrister has not fulfilled their continuing professional development requirements, and that all members of chambers – rather than just the head of chambers – should take reasonable steps to ensure that chambers meets its regulatory requirements. “This means that the burden varies depending on the barrister’s position and standing within chambers,” the board was told.

Saying it would not be appropriate for the BSB to delegate a decision like this to the representative body “even if it constitutionally had power to do so”, a paper before the board argued that it was also not a matter for the BSB, as a regulator, to determine what constitutes a proper professional fee. So the consultation recommends removing the special provisions and leaving it to individual barristers to decide whether graduated fees are proper professional fees for the purpose of the cab-rank rule. They will have to be able to defend this decision in disciplinary proceedings if need be.