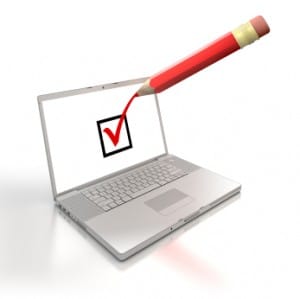 Questionnaire: chambers will have two weeks to complete the form online

Every chambers in England and Wales is to be quizzed on their approach to equality and diversity as part of a new monitoring scheme being rolled out by the Bar Standards Board (BSB).

The 791 chambers (of which 391 are registered as sole practitioners) are also to face questions on how they handle complaints, their policies on pupillage, and compliance with anti-money laundering rules.

The BSB decided yesterday that failure to return the 57-question monitoring form is likely to lead to swift disciplinary action (it hopes the number will be fewer than 50). Compliance shortcomings revealed by the answers will be handled sympathetically with help and advice to educate chambers, unless serious problems are uncovered.

Those chambers where minor non-compliance is identified will be contacted and informed where the areas of concern are and asked to suggest what steps they will take to remedy them. These will be checked as part of next year’s monitoring.

Sam Stein QC, chairman of the BSB’s quality assurance committee, said resourcing and IT issues – as well as uncertainty around the size of the whole task – meant monitoring would start slowly. Follow-up visits would only occur in the event of serious non-compliance where remedial action is either not adequately taken or not taken at all. If there were higher levels of non-compliance than expected, he warned, then the BSB would have to reassess its current staff resources.

Each question ranked according to the risk to the profession and the public interest of non-compliance. For example, non-compliance will the requirement to have a complaints policy will be weighted as high risk, while “less absolute requirements”, such as the requirement to identify training needs through the analysis of complaints, will be weighted as lower risks. Every chambers will then be given a risk rating to determine what, if any, follow-up action is needed.

Chambers will be able to complete the questionnaire online from 18 October and will have two weeks to do so. There will be two reminders send out at fortnightly intervals if needed.

The BSB was told that monitoring in future years will not just rely on a questionnaire but gather information from across the organisation and underpinned by a new “core database” that the BSB is putting in place.