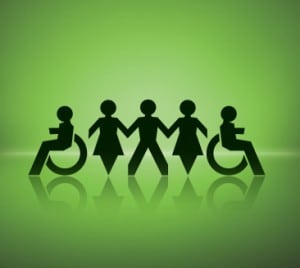 Equal opportunities: ABSs could help minorities at the Bar

Alternative business structures (ABSs) could be good news for women, black and minority ethnic (BME) and disabled barristers, the Bar Standards Board has predicted, after approving rules that will allow barristers to become partners and owners of ABSs.

The move to ensure barristers can work in ABSs regulated by others is ahead of the BSB developing its own ABS regime [2] for advocacy focused practices, which it hopes to have in place by 2013.

The BSB backed changes to its code of practice – which need to be approved by the Legal Services Board – that effectively extend to ABSs the rules currently relating to legal disciplinary partnerships (LDPs).

Without them, barrister partners and employed barristers currently working in LDPs with one or more non-lawyer manager – which have to convert into ABSs – would be at risk of being in breach of the code after ABSs go live.

At the BSB’s monthly board meeting last week, the board also decided barristers should be allowed to hold ownership interests in ABSs, subject to rules and guidance being created to manage resulting conflicts of interest. Similar safeguards exist in relation to LDPs, to prevent conflicts that would otherwise arise when self-employed barristers receive work from an entity in which they have a financial interest.

The BSB’s standards committee is working on the ABS safeguards. There are also likely to be de minimis exemptions from disclosure and notification requirements, for example “when a barrister owns a few shares in a listed company which owns an ABS or is, for example, a member of the Co-op if it decides to set up an ABS”.

Since March 2010, when the conduct rules were relaxed to allow barristers to participate in LDPs, just 38 barristers have become partners. Two have registered with the BSB as having an ownership interest in an LDP that they do not themselves work in.

In an accompanying impact assessment, the BSB said: “ABSs arguably offer women barrister additional options when it comes to flexible working environments, and may work to ensure a greater number of females remain in the profession.”

Also, the opportunity to be manager or employee in an ABS “arguably… provides a greater stability and financial security than self-employed practice”, which have previously been identified as key concerns of women barristers.

A YouGov poll [3] for the BSB last year found BME barristers more interested in joining ABSs than their white counterparts. The assessment said: “Perhaps this is unsurprising given that one of the predicted consequences of the liberalisation of the market is that there will be fewer providers but they will be larger in size…

“Because a higher percentage of non-white barristers are sole practitioners, this contraction risks disproportionately affecting them and joining ABSs may been seen as a positive option in order to protect their professional future.”

It pointed to other published data which suggests non-whites have greater difficulty finding jobs and securing work due simply to their ethnic minority names when compared to their white colleagues.

“Arguably some non-white barristers may have missed out on instructions on this basis alone, and it could be another factor driving their greater emphasis towards ABSs.

“Whilst it is impossible to predict how the market will develop, it is nevertheless anticipated that big corporate entities will begin to offer legal services (eg, Co-Op Law). It’s arguable that these larger institutions may have more developed equality and diversity policies than a number of existing firms/chambers, and could therefore be a more attractive option for non-white barristers who may otherwise struggle for work and career progression.”