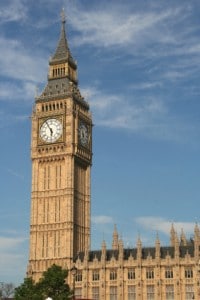 The government today dropped the idea of creaming off interest from solicitors’ client accounts to offset the cost of legal aid.

The decision will come as a small consolation to legal aid law firms, which the Ministry of Justice (MoJ) impact assessment says will earn, along with barristers, £430m less from legal aid than they do now as a result of reforms contained in the Legal Aid, Sentencing and Punishment of Offenders Bill, published today.

In its response to the proposal to use client account interest contained in the legal aid green paper and published alongside the bill, the MoJ encouraged firms to use interest to fund pro bono and charitable work – as some already do – but concluded not to pursue a government scheme “at this time”.

The MoJ said it gave considerable weight to the views of the Law Society, which explained how solicitors already use client money and argued that a scheme would be relatively easy to avoid and could reduce the level of service and competitiveness of the sector.

But the response confirmed that the government is largely pushing ahead with its plans to cut legal aid – saving £450m – and with the Jackson reforms, as it announced in March. The impact assessment says 595,000 people will no longer be eligible for legal aid as a result.

Legal aid lawyers will no longer provide approximately £280m of current legal aid services, it adds, and for those services which are still provided, lawyers will be paid around £150m less. Experts will receive £10m less income as well.

The impact assessment identifies as a risk that the “legal aid services market may not be able to sustain the cuts to scope and fees now proposed”. It says the evidence on this is not clear, but to mitigate any potential risks, “the government intends to work with the Legal Services Commission to ensure that they have robust mechanisms in place to identify any development market shortfall and that they are able to respond promptly, effectively and appropriately, should this materialise in any form”.

The MoJ is also to introduce a supplementary legal aid scheme (SLAS) for those civil claims still eligible for legal aid – including those who would not normally be eligible but are funded through the exceptional funding mechanism.

Under this, 25% of all damages successfully claimed, other than damages for future care and loss, will be recovered by the legal aid fund. The impact assessment estimates that this will raise £7m for the fund.

The 25% cap aligns the SLAS with the Jackson reforms, meaning legal aid is no more attractive than conditional fee agreements or other forms of funding. The MoJ says it expects market forces to encourage solicitors to charge success fees of less than 25% when acting under CFAs.