Satisfaction and Ademption in Wills

In this webinar, Roman Kubiak looks at the law of satisfaction and ademption in the context of wills and testamentary dispositions including the key principles which apply, legal presumptions and rebutting the presumption and evidence.

Roman considers the relevant statute and case law as well as the different species of “satisfaction”, specifically:

The webinar concludes with practical steps and pointers for practitioners including drafting tips.

By the end of the webinar practitioners will have the tools necessary to know: 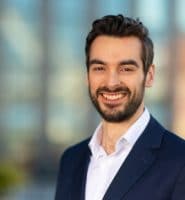