This year’s PI Futures conference will run as one session a day over the course of one week:
23 – 27 November 2020

Buy a ticket to attend all five sessions: £99 + vat

Buy a ticket to an individual session: £35 + vat each

It feels like life will never be the same again after the pandemic. For PI lawyers handling low-value claims, this is doubly true.

2020 has been bad enough for them, with claim numbers collapsing during lockdown. While firms are focused on coping with everything these unprecedented times are throwing at them, there can be no ignoring the whiplash reforms, now less than six months away.

Whether you think the reforms are ill thought-out or overdue, there is no doubt that the market will never be the same again. This year’s PI Futures is looking at the key issues facing claimant lawyers today, starting with a major panel on the current state of reforms, and going on to look at the options for firms that intend to stay in the market and fight, and for those that have decided to move on to pastures new. Featuring panels packed with experts, we will also investigate the current issues with fraud and medical reporting.

This year’s PI Futures conference will run online as one session a day over the course of one week:

This session will update delegates on the current state of the whiplash reforms, scheduled to come into force in April 2021. We will hear from those behind the policy and technical build of the claims portal, Official Injury Claim, while representatives of key stakeholders will question them about the outstanding concerns.

SESSION 2: WHICH WAY NOW? STAYING IN THE MARKET

People will still have car accidents after April 2021 and undoubtedly many will not want to run claims themselves, for a multitude of reasons. So, what will the market look like post-reform and how can law firms continue to operate in it? Will the future be dominated by big practices with the money to invest, or can small firms continue to thrive? Can you target other areas of PI? What will it mean for claims marketing?

The advent of next year’s reforms is making law firms consider the future of their PI practices or even their whole firms. For those thinking about leaving the PI market, what are the options? Is there a market for your WIP or is it better simply to run down the practice? If you do want to sell, how many buyers are out there? Or should you just give up RTA and focus on other areas of PI?

Originally, the problem of PI fraud was touted as the reason claims reform was needed. Now it is at the frontline of PI practice, with defendants increasingly alleging fundamental dishonesty. But could the growth in litigants in person next year just make the situation worse? This session will look at current trends and consider how fraud will be dealt with in the future.

As MedCo gears up to handle reports needed under the new whiplash system, we will discuss the current performance levels, issues that solicitors continue to have with MROs, where the market for medical reporting is going and the future for MedCo as the number of MROs continues to fall. 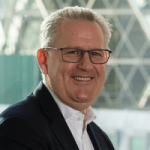 Dominic Clayden has been in the insurance industry for over 20 years and joined the MIB as chief executive in May 2018. He has had a leading role in major negotiations in respect of personal injury reform in the UK and represented the insurance industry at the Advisory Committee on Civil Costs. Dominic has been instrumental in the build of the website solution for the whiplash reforms. He continues to be the key lead in maintaining stakeholder relations with the Ministry of Justice, Civil Procedure Rule Committee, insurers and solicitors. 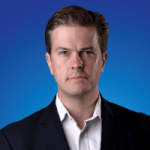 Matthew is the executive director of the Association of Consumer Support Organisations (ACSO), which was established as a not-for-profit membership body in 2019 to represent the interests of consumers as claimants in the civil justice system. Prior to forming ACSO he was government relations lead at Slater and Gordon, before which he worked as a professional speechwriter at the BBC, RSA Insurance plc and at the CBI. A former local authority councillor, he has also run for parliament twice, been the governor of several schools and is a director of the Abbotsford Trust. 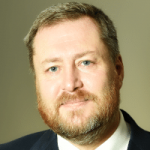 Paul is a solicitor-advocate, dually qualified non-practising barrister, and a commercial mediator with 36 years’ practice in numerous contentious areas. He was the founding partner of Nicholls Brimble and became a senior partner in October 2016. Paul routinely engages on behalf of MASS to challenge and assist as a stakeholder with the MOJ, insurers and various other organisations. He succeeded Simon Stanfield as chairman of MASS in October 2018. 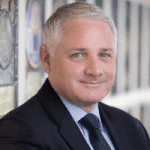 James Dalton is director of general insurance policy at the ABI and a member of the trade body’s executive team leading work on motor, property, liability and health insurance. He previously acted as the ABI’s head of motor and liability. As a public policy and insurance professional, James represents the UK’s world-leading insurance sector to ministers, regulators, parliamentarians and other senior stakeholders across the UK and internationally. James is a also director of the Insurance Fraud Bureau. 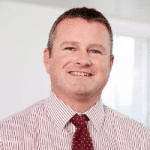 Andy Kay, Operations Director, First4LawyersAndy Kay has a financial and legal services background stretching back more than 30 years. Overseeing day-to-day operations at First4Lawyers, he is also a member of the senior management team and carries responsibility for all regulatory and compliance matters. Andy works very closely with other department heads to ensure that all processes and procedures reflect First4Lawyers’ ethics and values. He is kept busy navigating the constant stream of government reforms, and played a pivotal role in First4Lawyers receiving FCA authorisation following change of regulator in 2019. 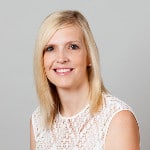 Leticia specialises in all areas of claimant personal injury work and regularly takes on complex and high-value cases involving multiple defendants. Leticia is accredited by the Association of Personal Injury Lawyers (APIL) as a senior litigator and is recognised as an “excellent lawyer” by Legal 500. A leading figure within personal injury law, Leticia is a member of APIL’s Executive Committee and accredited by the Law Society’s Personal Injury panel. 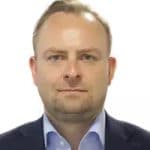 Matthew is a qualified solicitor and has been managing director of personal injury services at Slater and Gordon since April 2018. He has over 19 years of experience in the legal sector having joined Silverbeck Rymer in 2001. Matthew has specialised in many areas of personal injury including serious and complex claims. He specialises in managing people and operational process to drive improvements and operational efficiency. 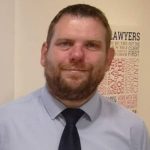 Andy Cullwick is a marketing expert with over 20 years’ experience gained from senior positions across a range of industries. As well as heading up marketing at First4Lawyers, he is also a member of the senior management team and is responsible for lead generation across all panels. He applies a strategically-orientated approach to deliver innovative technological-led marketing solutions and is well-known to his colleagues for his unfaltering devotion to spreadsheets, which allow him to track in real-time just how well First4Lawyers’ marketing is performing. 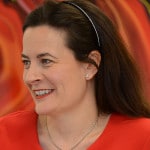 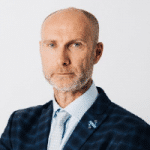 A litigator specialising in insurance disputes, Anthony became managing partner of Manchester firm Ricksons in 2001. He took its turnover from £5m to £14m and merged it with DWF in 2006. Anthony moved to Horwich Farrelly as CEO in 2009 and oversaw large-scale change and growth. In 2014, Anthony formed Jackson Hughes Consulting, before becoming a director of boutique firm Sinclair Law two years after. He joined Simpson Millar in February 2019 as chief operating officer. A key responsibility is growing the business by acquisition and so far he has completed four deals. 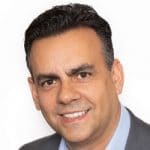 Jeff has over 25 years’ experience in the personal injury market and has been an equity partner at Russell Jones and Walker, now Slater & Gordon, before running his own practice which was sold in 2012. He now runs Acquira Legal, which is a bespoke brokerage for personal injury and clinical negligence firms who wish to sell their practices or caseloads. He has facilitated a number of caseloads sales over the past five years as many practices look to exit the market. 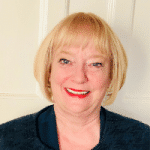 Having retired from partnership at a highly successful PI practice ,Coyne Learmonth, Julie set up Diversify Law, a business helping law firms move into other areas of practice outside of RTA or PI altogether. She has spent time doing consultancy work helping law firms set up new departments, mentoring staff and giving them the network of people they need to make their department succeed. She is now part of the management team at Driscoll Kingston, primarily a PI law firm that has successfully moved into other areas of law. 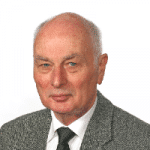 Nick Shapland co-founded Affiniti Finance, having spent 20 years at 3i Group, including seven years as the Treasury Director. Institutionally trained and qualified, he is highly experienced in private equity investment and the funding of high-growth businesses. He is acting CFO of Affiniti Finance and has been instrumental in their finance and growth strategy, having recently assisted in raising an additional £250m for consumer disputes. 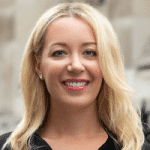 Dominique Smith was called in 2016 and specialises in personal injury, motor fraud, clinical negligence and travel claims. She has a busy court practice, acting for claimants, tour operators, insurers, NHS trusts and local authorities. Dominique has significant experience in obtaining findings of fundamental dishonesty, including on appeal. She has recently been ranked as a ‘Rising Star’ in the Legal 500. 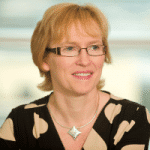 Catherine Burt worked in the defendant personal Injury arena for many years, with a focus on complex and high-value casualty claims, before joining the counter fraud team at DACB as a partner in 2008. She became National Head in 2015 and now has responsibility for a team of 125 lawyers, underpinned by an intelligence team of almost 30 staff. Catherine works with the other partners in the team and with Kate Abrahams, Head of Intelligence, to analyse trends and behaviours to minimise their clients’ exposure to fraud. 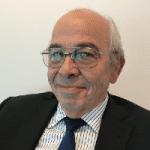 Martin Heskins was appointed chair of Medco in January 2017 after serving as general manager since his retirement from the Law Society in December 2015. Martin spent 11 years as civil justice policy adviser for the Law Society, following a wide-ranging career in civil litigation. He spent 29 years in private practice acting for both claimants and defendants. During his time at the Law Society, Martin was the lead on all civil litigation costs and funding issues, including the Jackson reforms and part 2 of LASPO, and represented the Law Society in major stakeholder negotiations with the government, insurers and the Civil Justice Council. 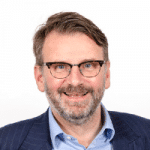 Peter started his career at AXA, where he held various roles within the underwriting, claims and HR departments. Prior to joining Premex, Peter gained extensive operations management experience working across a variety of companies including Marks and Spencer, Ticketline and Ceridian. Peter joined Premex in 2014 and is focused on continuing to drive service delivery, innovative systems and customer-centric solutions to ensure Premex is best placed to meet the demands of an evolving market.