Law firms may not like to use the word ‘sales’ but that is exactly what they do, says Mike Jones, who was dubbed the world’s first law firm sales director when working in the City. Here he explains why law firms need to manage their sales performance better than they do 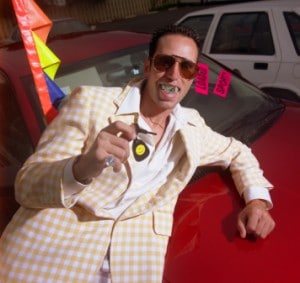 Selling skills: law firms are investing in training, which helps to a point

During my time as a law firm sales director, and more recently as a sales training provider, I have been repeatedly surprised by the profession’s approach to sales. I have honestly lost count of the number of firms who have prefaced meetings with the phrase “we don’t really like to use the ‘S’word around here”. One such firm, quite near the very top of the UK league table went as far as to say “we don’t care too much for marketing or business development either”.

With consumer brands highly likely to enter the market next year, it is surprising – and a bit disconcerting – that law firms continue to have such an aversion to selling.

Of course law firms are assertive and proactive in winning work; it’s just that they do not see themselves as ‘selling’ anything. There is a certain, understandable, complacency at the top of the market that firms will win work based on reputation alone. To some extent, that is true. However, for those outside of the profession it is difficult to differentiate the very best firms from each other, and the reality is that the subtle nuances that make up a law firm ‘brand’ are unlikely to influence the purchaser. Sales is something that all law firms, even the elite firms, should take more seriously.

Marketing is not selling

In law firms there tends to be some confusion, or perhaps denial, around some of the sales terminology. Over the last twenty years law firms have become more sophisticated in how they market themselves, and most firms will have a well-resourced marketing function. However, marketing is not selling. The role of marketing in law firms is to create goodwill, which provides the platform for selling. ‘Business development’ is the other term which law firms typically use in preference to the dreaded ‘S’ word.

However, it is a term that rarely exists outside of professional firms, at least not in this context, so how and why is it used so widely amongst law firms? It is often used to describe the entire sales and marketing continuum and therein lies the confusion. This lack of clear definition is leading to all sorts of misunderstandings and misplaced strategies.

Given the reticence of law firms to properly acknowledge the sales process, it is unsurprising that most are inefficient and ineffective at selling. Indeed, in a recent survey by London Business School, 53% of senior buyers in large corporates described professionals (not just lawyers) as ‘poor’ at selling, with only 17% describing them as ‘good’.

There are three factors that will determine a law firms’ proficiency at sales: level of activity, focus of activity and ability. It is therefore interesting that most firms see the latter as the most significant, and it is increasingly common for firms to invest in training to equip lawyers with core selling skills. There are undoubted benefits to this: for one, lawyers gain confidence from the realisation that selling is a skill that can be acquired and honed, not a magic formula that people are blessed with.

The issue, therefore, is not that lawyers necessarily lack the skills but that these skills are not properly managed. In a law firm partners are typically responsible for selling, but who manages sales performance? It could be an individual partner, but more likely it is delegated to the head of marketing or business development. In any event, it is highly unlikely that they have been trained in sales management, and so are ill-equipped to drive sales activity, set targets and motivate those out ‘on the front line’. A very small number of law firms (less than all the fingers on one hand) have followed the accountancy model and employed dedicated sales managers.

Sales remains a dirty word in law firms, but as the market transforms under the Legal Services Act, expect more firms to realise that growth, and indeed survival, is not possible without paying due attention to dreaded ‘S’ word.