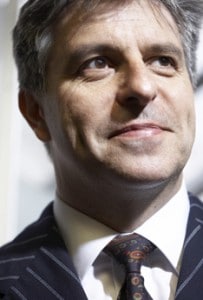 National law firm Russell Jones & Walker is planning to extend its personal injury brand Claims Direct into other areas of law, the firm has revealed.

The firm, which relaunched the brand in 2007 after buying it from the wreckage of the original Claims Direct business, is looking at areas such as employment and family law, wills and possibly conveyancing.

It currently spends £6-7m a year on television and other advertising to promote Claims Direct, and argues that it is best placed to capitalise on the ‘battle of the brands’ that alternative business structures may prompt.

“The public recognise few legal brands currently but that is all set to change with the introduction of alternative business structures,” said Russell Jones & Walker chief executive Neil Kinsella, adding that the firm has been developing its strategy since the Clementi review.

The firm says independent research it commissioned shows that Claims Direct is the best-known name within the personal injury sector, with double the unprompted brand awareness levels of its nearest rivals.

It also showed that “people now know and trust the Claims Direct name”, Mr Kinsella said, while a good number said they would be happy to contact it about legal issues other than their personal injury claims. “We intend to offer them this option,” he said.

The firm attracted raised eyebrows when it bought what was seen by many at the time as a fatally damaged brand but has worked hard to build on the recognition that Claims Direct still had.