Mid-sized firms need to be bigger and would accept external cash, says survey 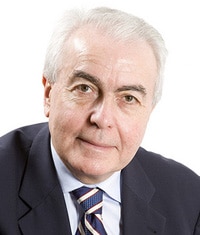 A large majority of partners at mid-sized law firms believe their practices need to grow by at least a third over the next three to five years to remain competitive, with many open to the idea of external investment, a recent survey has shown.

The poll at the recent LawNet annual conference – attended by around 200 senior partners at its 68 member firms – showed that a lot of firms consider that they need to sharpen up their strategy and improve their structure.

But most foresaw the restructuring of the market as offering their firm big opportunities.

Some 59% of delegates thought their firms needed to be at least a third bigger, 15% that they need to double in size and 10% more than double. Just 16% considered they were just the right size.

Six out of ten said they would accept non-lawyer equity investment but, asked where they would spend most of a £250,000 investment in their practice, developing their brand/business development was the most popular answer (38%). This was followed by hiring a professional chief executive or other professional managers (22%) and building IT infrastructure (16%), all ahead of laterally hiring more partners (14%).

Price competition was seen as the greatest threat to the solicitors’ profession (28%), with the power of brands and advertising (24%) and the new methods of service delivery (22%) close behind. New entrants were identified by 16% of delegates.

A majority (60%) did not feel their firm’s strategy was adequate to meet the challenges of the new market and a similar number expected the practice to restructure in response to the Legal Services Act.

However, the lawyers reported very mixed levels of ambition amongst their partnerships. While 10% said their partners were highly ambitious and entrepreneurial, a third considered them mainly focused on defending the firm’s current position and profitability. The majority, unsurprisingly, had a complete mix.

LawNet chief executive John Thomas said it was good news that most firms are concentrating their efforts on growth, becoming more specialist and are aware of the branding issues facing the sector.

“It shows that mid-size firms are grasping the nettle and… it certainly seems that this level of the legal sector is actively looking at how to introduce the changes that need to be made,” he said.