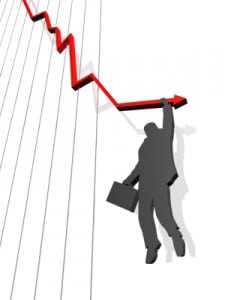 The top law firms are looking to bulk up their business development capacity as they face a major reduction in their fees, a survey has claimed.

With partners in the top 10 firms seeing their average billable fees fall by £875,000 last year, recruitment consultancy Ambition says firms have responded by hiring business development managers, client relationship specialists and other marketing support staff in order to help boost billing levels – vacancies have risen 54% over the last 12 months in London, it said.

The financial analysis is derived from the most recent annual survey of law firm finances by PricewaterhouseCoopers, and Ambition said partners in the top-ten firms were billing average annual fees of £3,313,050 in 2008, which had fallen to £2,440,050 by the end of 2009 as the recession bit hard.

Though support staff bore much of the brunt of the credit crunch as firms managed costs as revenue fell – with headcount falling 14% between 2008 and 2009, compared to a 4% fall in fee-earners – Ambition’s findings have defied forecasts that they would continue to do so this year.

Tim Gilbert, UK managing director of Ambition, said: “In 2009 there was a very gloomy outlook for non-fee earners within the legal sector. But many law firms have identified the need for quality staff skilled to win and retain business in order to make up for lost revenue over the downturn. This demand has increased dramatically over the last 12 months and has left a shortage of candidates with these skills combined with legal sector backgrounds. Many firms are reluctant to hire from outside the legal space which is why many of these roles remain unfilled.”

This was also leading to rising salaries, Ambition said. Five years ago the average basic salary of a senior business development manager was £55,000, and despite fluctuations since then, it is now returning to pre-recession levels, with many firms offering average salaries of around £75,000.

Mr Gilbert argued that law firms need to broaden their horizons and start considering staff with non-legal backgrounds salaries to counter the shortage of marketing staff and rising salaries.