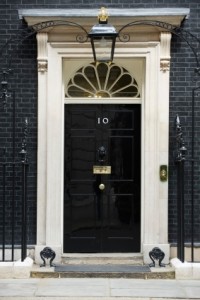 The Cabinet has given its backing to Lord Young’s blueprint to reform health and safety and curb the excesses of the compensation culture, the peer revealed today.

He also expressed a desire to see an end to referral fees and said the Ministry of Justice had agreed to extend the road traffic accident claims process to other areas of personal injury.

However, speaking at a press conference at 10 Downing Street to mark the launch of the report, Lord Young seemed at times confused about its contents, saying he was not recommending reducing the number of personal injury (PI) adverts, when his reports calls for “control [of] the volume and types of advertising”.

He said he wanted a new code of conduct for PI advertising, but that if this does not achieve what he wants, “we will have to contemplate legislation”. Despite repeated questioning, Lord Young was not clear about what restrictions he wanted placed on adverts beyond an end to those which offer an up-front inducement to claim.

Pressed on the point, he said it would be for the Advertising Standards Authority to decide whether there should be control of the number of adverts. The goal was to have “fair advertising”, he said, recognising the role it plays in giving people access to justice.

The peer added that “I think we should see an end to referral fees” – citing Law Society and Bar Council support for a ban – but went on to say that there was “no point in taking one piece out of the puzzle” of reform put together by Lord Justice Jackson.

Lord Young suggested that the current system encouraged claims that are “good enough to start sending letters” to insurers with the aim of achieving a quick pay-out.

Though agreement has been reached with the Ministry of Justice to extend the claims process, no timetable for this has been set, he said.

Lord Young said that while there will always be stories about the compensation culture, “there is a great deal in this [report] which will make it better”.