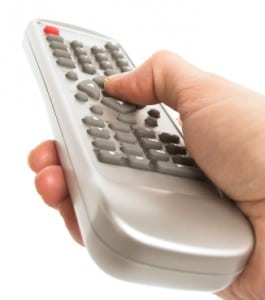 Do not adjust your set: ASA ruled that advert was not misleading

The Advertising Standards Authority (ASA) has rejected a complaint from a Yorkshire law firm about Quality-Solicitors’ (QS) launch television advert.

Hull-based Williamsons Solicitors challenged whether the advert – which premiered last August during Who wants to be a millionaire? – misleadingly implied that customer feedback was the only criterion for assessing whether law firms were suitable to join the network.

The voiceover for the advert (provided by Britain’s Got Talent judge Amanda Holden) said: “We’ve travelled the land, searching for the best local law firms to become QualitySolicitors. To ensure we select only the very best, we let you be the judge. Your feedback decides which firms make the cut, so you can be sure you’ll always get the best possible service… QualitySolicitors – chosen by you.”

QS told the ASA that it first applied two objective criteria to law firms wishing to join the network: that they should not have had any negative involvement with the Solicitors Regulatory Authority and should have a clean professional indemnity insurance record. Firms which met these criteria then have their customer feedback assessed as “the deciding factor”.

The ASA reported: “[QS] explained that firms had to provide their customer feedback as well as details of current or very recent clients, from all practice areas, who were happy to be interviewed by QS. QS then carried out in-depth interviews with clients that covered a number of topics.

“They said that the firms with the best customer feedback were invited to join and that they continued to monitor those firms’ feedback while they were members. They explained that if the feedback fell below their required level, they could eject a firm from the co-operative.”

On this basis, QS argued that the advert was not misleading.

Clearcast, the company which checks compliance with the code laid down by the Broadcast Committee of Advertising Practice, told the ASA that it was satisfied that those firms which were successful in joining QS had been chosen on the basis of positive customer feedback. It did not consider that the advert implied feedback was the only criterion.

In ruling that the complaint should not be upheld, the ASA – which investigated it under the rules on misleading advertising and substantiation – said the initial two checks of prospective firms’ records was reasonable.

The claims “to ensure we select only the best, we let you be the judge”, “your feedback decides which firms make the cut” and “QualitySolicitors – chosen by you”, made clear that customer feedback “was the deciding factor in the application process”, the ASA continued. As a result, the advert was not misleading.