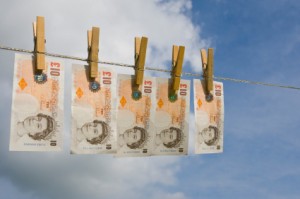 Following the decision in the case of Shah and another v HSBC Private Bank (UK) Ltd [2010] EWCA Civ 31, [2010] WLR (D) 27, it would now appear that a decision to report suspicions of money laundering can be tested and investigated by the court. It is possible that banks (in this case) and lawyers who make reports may find that they are liable to clients for any losses occasioned as a result of delays in a transaction, even in those cases where they have reported suspicions in good faith.

The Court of Appeal took the view that the duty of care which a bank owes to its customer could not be completely excluded simply by legislation – in this case the Proceeds of Crime Act 2002.

In his judgment, Longmore LJ stated: “It was true that a bank was in an invidious position: it risked criminal prosecution if it entertained suspicions but did not report them, or, if it reported them, it nevertheless carried out the customer’s instructions without authorisation; and, on the other hand, if the bank acted as instructed its customers were liable to initiate litigation.

“However, it could not be right that proper litigation should be dismissed without any appropriate inquiry of any kind. The normal procedures of the court were not to be side-stepped merely because Parliament had enacted stringent measures to inhibit the evil of money laundering unless there was express statutory provision to that effect; and this was not a ‘region of executive action free of judicial oversight’.”

Whilst this case clearly raises concerns for solicitors, it should not, it is suggested, put any one-off reporting a suspicion that a client or other person is involved in money laundering (as opposed to suspecting that the client is not telling the whole truth or a suspicion that there is something “not quite right” about a transaction). There is still a duty to report suspicions of money laundering and failure to do so can result in the solicitor being charged with a criminal offence.

What firms should instead do is to ensure that they record adequately their concerns as to the matter, why they think money laundering may be being committed and why they have taken the steps in question.