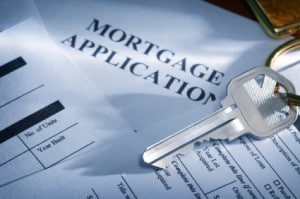 The High Court has ordered a solicitor to hand over client files to a mortgage lender despite his argument that those parts of them relating to the borrowers were covered by legal professional privilege.

However, Judge Simon Brown QC declined to make the solicitor pay the lender’s costs, saying it was not only reasonable for him to raise the issue of privilege before the court, but it was his “duty to do so”.

Exercising the court’s inherent jurisdiction in Mortgage Express v Sawali [2010] EWHC B32 (Ch), Judge Brown ruled that express agreements between borrower and lender in each case overrode the default position that the borrowers had the right to privilege and confidentiality.

When applying for a loan, each borrower signed a form which contained a declaration irrevocably authorising their solicitor to send “their entire file relating to the whole transaction (not just the loan)” to the lender.

The defendant solicitor in the case – Mehrban Michael Singh Sawali – had no involvement in the files but was a salaried partner at the defunct practice which was instructed by both lender and borrower. The court noted that “locating and retrieving the files has proved to be a difficult and time-consuming exercise”, and only six of the eight had been located. He offered to provide Mortgage Express with those parts of the files which related to work carried out for it, but the lender wanted the whole files.

The High Court held in 1999 that where a solicitor is retained by both lender and borrower, two separate transactions are created. The Solicitors Code of Conduct says solicitors should not send the whole file to the lender without consent of the borrower client, unless there is a prima facie case of fraud. Here Mortgage Express declined to help the solicitor locate the clients so he could seek their consent.

But Judge Brown found that the declaration had to be construed as a clear waiver of privilege that was “not unduly onerous or unfair”, adding: “As a matter of ‘commercial commonsense’ against the background knowledge that this clause is essential to make the transaction work, [the declaration] must be objectively construed to mean exactly what it says.”

However, in a separate ruling on the costs ([2010 EWHC 90181 (Costs)), Judge Brown said it was “entirely reasonable” to raise the issue of privilege in the absence of the clients given the position of conflict a solicitor can find himself in when such a situation arises. Further there was an important point of construction on whether the declaration covered a previous lender, which the defendant won.

“In my judgment, it was not only reasonable for the defendants to raise these issues in all these difficult circumstances, it was their duty to do so.” As a result, the judge said there should be no order as to costs.