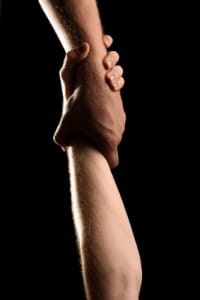 Solicitors in private practice undertook pro bono work in 2010 estimated at £475m, a rise of 19% on the year before, Law Society research has found.

The figure represents 2.3% of the total gross fee income for private practice last year, although the increase in value – compared to £339m in 2007 and £399m in 2009 – is largely attributable to higher average charge-out rates of £258 reported by respondents (£232 in 2009) and the ever-rising number of solicitors.

The survey of 1,200 solicitors said that 59% indicated they had undertaken pro bono work at some point in the past and 42% had done so during the 12 months prior to the survey. Solicitors working in private practice were around three times more likely to have undertaken pro bono work in the previous 12 months (50%) than those working in commerce and industry (15%) or in government (17%, up from 9% in 2009).

Private practice solicitors at firms of between two and 10 partners were most likely to conduct pro bono work in 2010, and those at firms of 11-25 partners the least likely.

The overall average number of hours worked by private practice solicitors in 2010 remained the same as in 2009 at 45 hours, with partners doing a greater number of hours than assistants/associates – sole practitioners, on average, undertook 122 hours of pro bono work, compared to 58 hours for equity partners, 39 hours for salaried partners and 34 hours reported by assistants/associates. This reflects the link between the time spent on pro bono and seniority.