External investment and "trade" in law firms may see re-emergence of goodwill in accounts, says expert 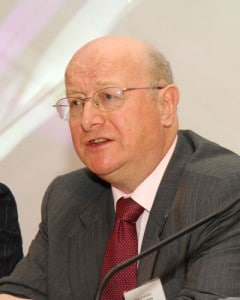 Jarrett-Kerr: incoming partners will want a proper return on capital

Goodwill may start to reappear in law firms’ accounts as the prospect of external finance and the growing trade in legal practices drives a new push to put a value on them, a leading expert has predicted.

Nick Jarrett-Kerr, former chief executive of Bevan Brittan and a consultant at Edge International, said there is likely to be increasing demand from incoming partners to ensure they have a proper return on the capital they put in.

He said goodwill disappeared from the accounts and thinking of most law firm during the late 1960s, “when an earlier generation of partners allowed this intangible asset, for which they had usually paid on entering partnership, to be written off or commuted into annuities and retirement payments”.

While many firms still embrace the short-term income philosophy, Mr Jarrett-Kerr said, “there are, however, some signs that the fixed capital tradition of partnership is coming under increasing strain and not just because of the flotations of a couple of Australian law firms and the imminent prospect of external finance through the Legal Services Act.

“For some years there has been a modest trading activity in small practices and those of retiring sole practitioners, and this activity is scaling up in some areas of work. In addition, divorce and death has sometimes given rise to the need for some form of valuation in cases where the issue of goodwill has not been appropriately addressed in the partnership deed.

“On the whole, however, valuations have usually been informally reached and have included earn-out payments and recognition for the acquiring firm taking on professional indemnity liabilities as a successor firm.”

The difficulty is that the people-driven, intangible nature of the work means it is far from straightforward to value law firms, he said.

“Additionally, mandates from clients to law firm tend to be more episodic than consistently and sustainably repetitive. This does not make law firms less valuable than businesses in other areas, but it does mean both that the valuation issues require a specialist approach and – perhaps more importantly – that potential purchasers may remain hard to tempt.

“Some law firms will certainly get traded for value, but what is also likely is that incoming partners will become increasingly unwilling to invest their capital and future in a law firm unless they are sure of a proper return on their capital. We may yet see goodwill reappearing in law firm accounts.”