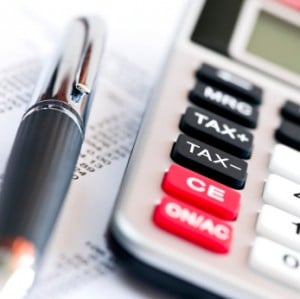 Law firms facing a cash flow crunch are sharply increasing their borrowing to meet tax liabilities, a lender to the legal profession has reported.

Today all firms have to make a payment on account of half of their previous year’s tax bill (unless it is less than £1,000), while many lawyers are also facing a higher personal tax bill as the 50% higher rate kicks in.

Syscap says several factors are putting the squeeze on firms, including the 2.5% VAT increase earlier this month, tighter lending criteria imposed by banks and a tougher approach by the HM Revenue & Customs to deferring tax payments.

The company has seen on applications for funding by law firms rise to £50 million at mid-January, compared to £28 million at the same point last year, Syscap chief executive Philip White said firms were experiencing unprecedented cashflow pressures and the VAT increase would cause “serious funding difficulties”.

At the same time, high-profile legal sector insolvencies, including Halliwells, have had a “chilling effect” on the banks and made them more reluctant to extend credit, he said, adding: “Many [firms] outside the top tier are finding that the bank they have been with for years is no longer interested in lending at a sensible rate or that they want to tack on huge arrangement fees even for small loans.”

Increasing the pressure on partners, especially higher earners, is the 50% tax rate on income over £150,000, which came in last April. The change will impact on many partners’ post-tax incomes.

A harder line is also being taken by HMRC over access by law firms to its Time to Pay deferral scheme, says Mr White: “HMRC has been gradually making it harder for them to access [the] scheme, which has been a vital lifeline for cash-strapped law firms over the past two years.” Syscap predicts a rush of applications for the scheme and that firms which secured an extension to the payment deadline last year could be refused this year.

However, HMRC has denied there is a change in its approach. In a statement it said: “HMRC has an outstanding track record in supporting those who are experiencing genuine difficulty paying their tax debts and this approach will continue. There are no plans to change our Time to Pay policy or approach.”

Barry Wilkinson, of accountants Wilkinson Read & Partners, which specialises in advising lawyers, said economic conditions and the income tax rise would have a bigger impact on law firms than the VAT increase, which was well anticipated: “Unfortunately, due to the severe weather, firms have had a dreadful billing month. They haven’t produced the cash, so the tax payment is hard. The Chancellor is talking about snow affecting the economy and he’s right. Law firms find cashflow very tough at this time of year, but this year has been exceptionally tough.”