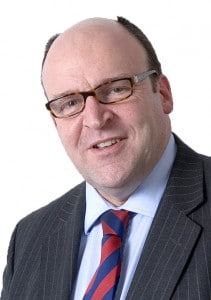 Bull: limited company will usually be more tax-efficient than an LLP for retaining profits

The number of incorporated law firms has risen sharply in the past year, with more than a fifth of legal practices now limited companies.

While the number of limited liability partnerships (LLPs) has also gone up – to 1,398 (a 10% increase) – the ranks of traditional partnerships and sole practitioners both fell by nearly 10% to 3,309 and 3,640 respectively.

As of July there were 454 legal disciplinary practices, up from 276 a year earlier, which between them have more than 5,000 partners.

He explained: “With firms finding banks less willing to lend, self-finance becomes more important. If you’re going to finance your firm out of post-tax profits, you want the tax bill to be as low as possible. In most situations, a limited company will be a more tax-efficient vehicle than an LLP for retaining profits for reinvestment in the firm.”

Other advantages of incorporation include an understood capital structure for external investors and providing a currency for acquisitions, Mr Bull added. At the same time, “a shareholder structure is less flexible than equity participation in a partnership or LLP”, he said.

While the conversion process from a partnership to an LLP is tax neutral, becoming a limited company can raise tax issues that need to be considered, the accountant said. Company profits taken out as director remuneration, rather than dividends, also carry significant National Insurance liabilities.

Nonetheless, Mr Bull said “there may be a number of firms whose profits are at a level where a limited company would be better from a tax point of view”.

It is unclear whether the SRA figures include companies which are corporate members of LLPs, and particularly the emerging trend of partnerships that are made up of each individual partner’s service company. These are being created for tax reasons, and Mr Bull warned that “anything entered into solely for tax purposes is always going to be susceptible to investigation by HM Revenue & Customs”.

The SRA figures also show that the number of practising solicitors continues its inexorable rise, up to a new high of 121,859 in July. There are nearly 160,000 solicitors on the roll. As previously reported on Legal Futures, the number of new solicitors was boosted last year by a massive increase in Irish solicitors requalifying ahead of changes to the transfer rules in September.