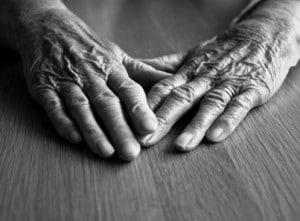 Elderly clients: no need to check capacity as a matter of course

Solicitors have no need to investigate an elderly person’s capacity to contract without good reason and any such duty on them would be “insulting and unnecessary”, a High Court judge has said.

Dismissing a claim that a solicitors’ firm had acted negligently when acting for an elderly woman with dementia, Mrs Justice Sharp said the claimant had failed to establish that a lack of capacity “would have been evident to a reasonably competent solicitor”.

The case, Rudyard Kipling Thorpe (Litigation Friend of Leonie Leanthie Hill) v Fellowes Solicitors LLP [2011] EWHC 61 (QB), involved the sale of a house by a 77-year-old woman who, at the time of instructions being taken, was suffering from a progressive form of dementia.

The claimant, her son, alleged, among other things, a breach of duty on the part of the trainee solicitor for having failed to appreciate that the vendor was a vulnerable person or to inquire about her capacity. His case was weakened by the fact that a jointly instructed neurological expert gave evidence that the woman had capacity despite having dementia, and also that in any case a lack of capacity probably would not have been obvious.

The judge said: “There is plainly no duty upon solicitors in general to obtain medical evidence on every occasion upon which they are instructed by an elderly client just in case they lack capacity. Such a requirement would be insulting and unnecessary.”

The solicitor in the case had acted properly and had satisfied herself that the vendor was able to provide instructions. In the absence of signs of dementia, the judge continued, it would have been “wholly inappropriate” to seek medical advice on the vendor’s mental health.