Half of solicitors “impossible to get hold of” after 5pm, clients say 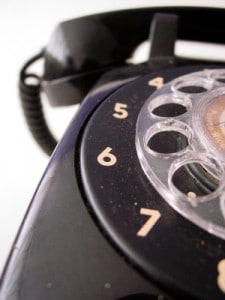 Nearly half of solicitors are impossible to get hold of after 5pm, a poll of 2,000 clients has found.

The survey of consumers who had recently used a solicitor, carried out by solicitors’ network Contact Law, found that 47% considered it impossible, while 15% said they could rarely reach their lawyer after 5pm. Just 38% said their legal adviser could be easily contacted after that time.

Although the majority (55%) of respondents said they were happy with the progress of their case, a third complained that they had to be “on their solicitor’s back” to ensure that the case did not drag on, and a further 13% said they had to do this “sometimes”.

Contact Law director Dan Watkins said: “Although, overall, this survey shows most clients feel their solicitors are accessible and proactive, there are a few gripes, most notably the difficulty many people have getting hold of their solicitor towards the end of the day. And while the majority of clients are happy with the progress of their case, it is still a concern that nearly a third feel that they have to chase their solicitor to speed things up.

“Some clients are doubtless being unrealistic in this regard, as it might be that the solicitor has to wait a set amount of time before progressing to the next stage, but inevitably a good proportion of these instances will be down to solicitors genuinely being slow to respond. While largely positive, the survey shows there are still some negatives in relation to customer service levels that need to be ironed out.”