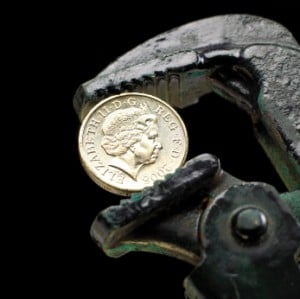 It has been gratifying that our story on the Law Society investigating whether to introduce an aptitude test for legal practice course students (see story) has continued to generate a lot of interest and follow-ups.

The blog by Legal Futures Editor Neil Rose in his weekly slot on the Guardian’s Law website generated a very heated debate in the comments section (see here), and there was a smaller but also interesting reaction to the follow-up by Lawyer2B, which also reported that “the proposed test… has won backing from students who are angry at law schools for taking on candidates who are not ‘academically bright enough’ to train as a solicitor’ (see here).

The paperback edition of Professor Richard Susskind’s very well-received book ‘The End of Lawyers?’ has just gone on sale with new chapter covering developments in both the market and Professor Susskind’s thinking since he submitted the original manuscript. On Monday Legal Futures will publish an interview with him that we conducted today. However, in advance of publication he also gave an interview to the website Legal IT Professionals, in which he outlined one of the key new areas of thinking.

“I’m suggesting there are four types of legal business in the future… And it’s actually, that’s less to do with law firms and more to do with practice areas within law firms, because I’ve come quite firmly to the view that different parts of law firms have entirely different requirements. Often law firms are made up of seven or eight radically diverse kinds of businesses, and each has to strategise, each has to plan its future on its own. They come together as one firm, but their own needs I think are quite diverging, very often.” In a three-part article, he also discusses social media, legal software suppliers, cloud computing and law firm IT management. Click here.

According to The Times earlier this week, “commercial law firms are bracing themselves for a bleak winter as many face a cash squeeze”.

It said many firms failed to take “decisive cost-cutting action in response to the downturn and now will be forced into restructurings that will trigger another wave of job losses, various accountants, insolvency practitioners and bankers told the paper. Others will seek mergers with more stable firms, driving consolidation in the market. “Industry insiders said that they could rule out the prospect of another big law firm failure” following the collapse of Halliwells.

Nick Hood, executive chairman of Begbies Traynor, the insolvency specialist, said: “We’re convinced there’s going to be further fallout in the legal sector. It’s inconceivable that there aren’t similarly overextended firms out there. A lot of law firms overcommitted themselves during the boom.”

Though it said demand for commercial legal services has picked up this year, “observers believe that revenues will remain relatively flat for the next few years amid continued pressure from clients on fees. Firms that came through the downturn in a healthy financial position are beginning to invest again and this is putting pressure on rivals who are not as strongly capitalised. They will be stretched as they struggle to keep up”.

The way firms rely on a mix of borrowings, retained profits and partner capital to fund their day-to-day operating costs has become tougher as profits have plummeted in the downturn and lending has become harder, a squeeze that will be exacerbated by “a huge jump” in the professional indemnity insurance premiums.

“The crunch will reach its peak in January, when law firms pay their partners’ tax bills. In the past, some firms borrowed to meet this annual payment but they are now struggling to obtain financing. At the same time, HM Revenue & Customs is refusing to allow professional practices to defer their tax bills under its Time to Pay scheme, accountants said.” Click here (subscription required).

A simultaneously interesting and unsurprising survey was published in the Law Society Gazette today, which found that innovation appears to be “anathema” to solicitors, “who place too much reliance on the value of their reputation and are overly wedded to ‘old school’ marketing techniques”.

The survey of 105 firms by business advisory group Selling for Solicitors “suggested that many firms overestimate the importance of their own reputation, compared to that of their competitors. When asked why clients bought services from their firm, the survey results showed that solicitors tended to consider their reputation as ‘twice’ as important as the price of their services. However, in relation to competitors, firms saw price as ‘equally’ important as reputation”. Selling for Solicitors reckoned that such a reliance on reputation “could be the undoing of many firms in the years to come”. Click here.

The Gazette also looked at the post-LDPs relationship between solicitors and barristers. Law Society President Linda Lee is unsurprisingly cool on the Bar Council’s ProcureCo model that provides chambers with a corporate vehicle with which they can compete with solicitors (see our story on it here). She is “dubious abuot the effectiveness of the bar’s solution or whether they will be able to pull it off”. However, both Solicitors Regulation Authority chairman Charles Plant and Bar Standards Board chairwoman Ruth Deech agree that common training is the way forward, and Mr Plant also envisages more partnerships between solicitors and barristers, which would help the latter’s career prospects. Click here.

Solicitor blogger The Utterant is not impressed by the new generation of websites like Bid4fees where solicitors can bid for work. “It’s pretty obvious that in most cases the lowest bid wins,” he says, and argues that what is really at stake here in not the reputation of the profession but justice. “If you want to find a solicitor who is very good at being cheap, you will end up finding one who is very good at being rushed – and a rushed lawyer is a dangerous thing to have on your side… If this is the future of the legal profession, Justice may just fall on her own sword. She may be blind… but stupid, she ain’t!” Click here.

Finally, a few publications worth pointing out.

There have been three Law Society practice notes published in the last week or so. One on dealing with unclaimed client money and two arising out of the new complaints regime that begins next month, on client-care letters and complaints-handling. Click here.

The bimonthly newsletter from specialist law firm Legal Risk highlights the risks of security breaches in outsourcing arrangements, referring to a record £2.3m fine imposed by the Financial Services Authority on Zurich Insurance after data on policyholders went missing during a routine transfer of unencrypted back-up tapes by subcontractors in South Africa to a data storage centre.

On a completely different note, the firm says it is advising a firm on a Solicitors Regulation Authority investigation following a complaint that client files were visible through an office window and so breach rule 4 on confidentiality. Click here.