There may be trouble ahead: form an LLP without a members’ agreement at your peril 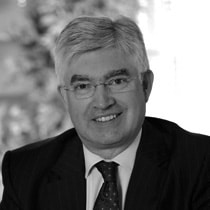 Garry: solicitors who decide to “exit” one of their fellow members without an agreement permitting them to do so will find that the “exited” solicitor is still a member

Many solicitors practising within LLPs are needlessly exposing themselves to potential litigation and considerable financial loss.

Historically, one of the mainstays of work for partnership dispute lawyers has always been the multitude of professional practices, including many firms of solicitors, that do not have a partnership agreement, and are thus partnerships at will and liable to be dissolved at any time by any of their partners.

Partners of such firms wishing to exit sometimes try to leverage substantial settlements out of the many difficulties that can arise for a firm of solicitors in general dissolution.

Since the emergence of LLPs in 2001, this dominance of partnership at will work has increasingly been challenged by work for LLP members whose LLP is not governed by an LLP members’ agreement. The scope for litigation and holding to ransom is similar to that in partnerships, though for different reasons and with different (though still very bad) potential outcomes.

All too often solicitors who wish to go into business together incorporate an LLP, but are in such a hurry to get started that they don’t think about the precise basis on which they wish to do so.

They plunge into their professional life only to find some time later that issues between them emerge. By then the business has taken wing, there is considerable client goodwill and/or considerable profits have been made, and essentially the business is worth fighting over.

Typically, a dispute develops when one or more parties decide that it would be better for them to be doing business on their own to the exclusion of one or more of the other participants, and they look for ways to exit the people they can no longer work with, or to walk away themselves, taking their capital and business connections with them.

Unfortunately, the default rules (contained in the Limited Liability Partnerships Regulations 2001) that govern the relationship between the parties in the absence of agreed terms are minimal and usually inadequate to deal with the sort of issues that often arise. In many cases where there is no LLP members’ agreement the participants discover that they cannot lawfully do what they want to do.

He said, she said

The recent case of Eaton v Caulfield & others [2011] EWHC 173 (Ch) (an unfair prejudice petition brought under section 994 of the Companies Act 2006, coupled with a just and equitable winding-up petition under the Insolvency Act 1986) highlights some of the difficulties faced by LLP members in those circumstances.

The parties found themselves at trial arguing over whether one party had been entitled to expel the other and whether certain verbal exchanges were sufficient to override the default rule that, in the absence of contrary agreement, the profits and capital are to be shared equally.

The difficulty with not writing down the precise terms on which you are going to be in business together, and making it a term of that agreement that all variations have to be in writing and signed by the parties, is that the law recognises oral agreements and oral variations of written agreements.

So in the Eaton case, the (no doubt very expensive) trial was concerned with what was said about expulsion in a management meeting and during an argumentative drinking session on a train journey, and what terms as to profit-sharing and ownership of capital were agreed in an exchange of e-mails.

It is always difficult in such cases to pull a clear statement as to what was agreed out of a morass of conversation and often casually expressed correspondence.

The outcome was that it was found that there was no agreement permitting the expulsion of a member, and that Mr Eaton, by being “dismissed”, had been unfairly prejudiced and was entitled to wind up the LLP and receive an equal share of any surplus value in the business.

Outcomes of this type may well be a disaster for all concerned, including the “winner”, as the value of any business’s goodwill is bound to be severely damaged by entry into liquidation and consequent ceasing to trade.

In such a case the parties may try to do a hurried deal to salvage such value as they can, that is if they can bring themselves at that point in time to negotiate with one another.

In effect, in such cases the judge writes the parties’ agreement for them. This may not be in the terms that one or even both sides would have intended had they put their minds to it at the outset.

Undesired outcomes await solicitors who try to “take advantage” of the default rule permitting retirement on reasonable notice (or the estates of those who die prior to retirement), as they may have considerable difficulty extracting their fixed capital (which may well accrue to the other members) or other capital value (which arguably belongs to the LLP until apportioned by the remaining members to themselves in due course).

And solicitors who decide to “exit” one of their fellow members without an agreement permitting them to do so will find that the “exited” solicitor is still a member (with an equal share in ongoing trading and capital profits, even though now sitting at home) and has a range of remedies available to him or her, as in the Eaton case.

Those who wish to use an LLP as their business vehicle should ensure that they have an LLP members’ agreement in place, before they open their doors for business. Those who have omitted to do so should put one in place as soon as they can.