The Bar through a generational lens

Ian Dodd considers the background and motivations of the four ‘generations’ of barristers currently populating the Bar, and says chambers would do well to ensure that all are properly involved in their management 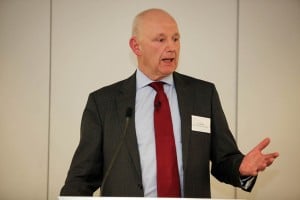 The legal profession is facing some of the most fast-approaching, far-reaching and significant changes it has ever had had to tackle. The complete reform of the way legal aid is administered, the arrival of block-contracting, the effects of the Jackson reforms, the increase in solicitor-advocates and the myriad of alternative ways to access legal advice which are springing up, will tax everyone. Nowhere are these changes more challenging than in barristers’ chambers.

There is, of course, a wide spread of ages and experience at the Bar and it is possible to categorise this population into four generations. This article will consider these, their background and values and how this impacts the organisation and running of chambers.

Each might, naturally, think that their cohort have the best ideas and may not consider the impact and inter-relationship of each generation on the others and the benefits that pooling their skills and experiences can bring to chambers as a whole.

This group, at the Bar, is almost exclusively male, was born during or immediately after the Second World War and experienced the aftermath and its effect on British society. They are, probably, from a privileged and very well-educated background and joined the Bar at a time of abundant opportunity for advancement and good incomes.

When they joined, the Bar was small, litigation was for the rich and legal aid, introduced just after the war to deal with the enormous amount of matrimonial problems arising as troops returned home, was in its infancy.

They may well be very traditional in their outlook and can benefit chambers and younger colleagues by their experience of the law and advocacy and sharing their accumulated wisdom. They will be articulate, write formally and speak persuasively and will focus very clearly on issues.

They may not be very IT-literate and some, at the expense of their practice, may not be comfortable with computers, spreadsheets and e-mail. They probably won’t care very much about that.

This group is predominantly male and, whilst their childhood was affected by the immediate post-war problems, benefited greatly from a new and burgeoning welfare state, easy access to full grant-aided higher education, and the liberalisation of society.

They joined the Bar when there was increasing competition and success has come about through hard effort and long working hours. The Bar grew rapidly in response to private law and commercial work and the ‘golden years’ of legal aid and private litigation taxed at the same rate.

They have witnessed the effect of increased government influence, the progressive emancipation of women, the acceptance of minority groups, rapid changes in society and culture, the waning of union power and lived through the birth of the internet age. This gives them the idealism, power and confidence to believe almost any change is possible.

Many have benefited from inheriting wealth fashioned by unprecedented rises in property values and sales of their own property, and will be the last generation, for some time, to be better off than their parents.

Used wisely, their experience can overcome the challenges now facing the Bar and maximise the benefits of them. However, given the fundamental changes and threats to their status, stability and position at the apex of the legal profession, they may feel threatened. The very real problems of reducing pension values and a long and less financially secure retirement facing them could also make them disillusioned and unwilling to change.

Most of this group have adopted, sometimes reluctantly, the use of IT to enhance their practice. Those who haven’t/won’t may find it hard to keep/win work as clients demand and expect 24/7 electronic availability and response. The imminent electronic transmission of all Crown Prosecution Service papers may be a fatal blow for some.

‘Thatcher’s Children’ think they missed out on the seemingly easy, exhilarating and free-wheeling times the Baby Boomers enjoyed.

Economic turmoil, the start of a series of recessions, government confrontation with the unions, high levels of inflation and general social unrest marked their early years. There are also talented and ambitious women in this group and this has altered the balance within chambers.

A growing demand and competition for higher educational places and higher levels of expectation of examination performance made finding pupillage very hard. The emergence of solicitor-advocates, which eroded the Bar’s monopoly in the most profitable work areas and the gradual reduction of public funding for training, are all having an impact here. The increase in publicly funded litigation and the introduction of success fees in personal injury work and its consequent increase were matched by an increase of barristers looking for tenancy.

Faced with a long career at the Bar under increasingly challenging and unpredictable circumstances, with the prospects of a reducing income and competition for work from other sources, this group could be excused for being disillusioned and cynical. However, being the engine-room of most chambers, good leadership and management can bring the best out of this immensely capable, intelligent and vigorous group.

Confident and proficient with the electronic age, this group can evolve and influence the way the Bar will win work, overcome competition and set the agenda for the next 20 or so years. However, they might need to shake off the shackles of previous generations and, even, revolt against some of the stasis, restrictive traditions and, in their view, old-fashioned habits of some of their older colleagues in chambers.

The next couple of years will define the impact of this generation as they take on more decision-making and strategy forming roles in chambers and the wider Bar.

This group is the Young Bar, the Facebook and post-Clementi generation. Easily accessible technology, in many forms, has shaped them and their casual, often simultaneous, use of a range of communication and information devices leaves the other generations in awe and envy.

Their geographically wide-spread, fluid and large peer groups interact easily and pass/spread information fast and often. Almost equal numbers of men and women with shared values and acceptance of equality and each other’s differences make up this group.

This group ‘think on the screen’ and avoid the laborious and expensive printing of case papers that other groups favour. They also expect their chambers’ library to be online and accessible from anywhere at any time and find it hard to understand the cost and inconvenience of buying, storing and carting about the hard copy.

Living through their first recession, many of their friends outside the Bar may not have jobs reflecting their qualifications or may not have jobs at all. They will have witnessed major reorganisations in the general workplace and will be seeing their own chambers trying to come to terms with the challenges ahead, without perhaps being in a position to contribute to or change it.

The children of the Baby Boomers, many of their senior colleagues in their chambers may have little in common with them and they might have to shout loud to be heard.

They have worked hard to get where they are and many will have immense early debts from buying their education. The fixed fee/price competitive market that has gradually evolved post-Carter is all that some have known. Key areas of criminal work have been eroded by CPS and solicitor higher-court advocates anxious to seek more cost-effective alternatives to the independent Bar.

They won’t be giving it up without a fight though and, properly managed, motivated and listened to they have the ability to revolutionise the Bar.

Having spent most, if not all their time at the Bar in an atmosphere of uncertainty and change, they will be more flexible in their outlook and more open to discovering and adopting new ways of working.

The natural propensity in many chambers is to have a management committee made up more senior members than junior and, in some cases, only a token representation of the latter. It might be a good idea to have a more equal balance of each of the generations described above. In that way the valuable and different views of each group could be given more weight and help with the strategic planning process.

After all, the Veterans and most of the Baby Boomers will have moved into a well-earned retirement as the effects of the many imminent changes bite. The Gen X and Gen Y groups will have to manage and squeeze the value out of the changes. Perhaps they might be involved more fully with what will be their future?

Ian Dodd is co-founder of the Bar Consultancy Network and is currently advising a small number of barristers’ chambers on commercial, ProcureCo-type contracts