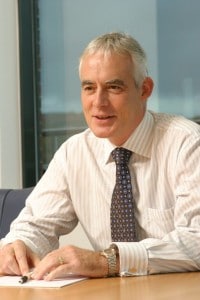 Pickering: reforms will have unintended consequences for vulnerable people

There is widespread public opposition to the government’s civil funding reforms, according to a survey seen exclusively by Legal Futures.

The survey, which was commissioned by national law firm Irwin Mitchell, also revealed that almost half (47%) say that they would be less likely to bring a claim for compensation if they thought they may have to pay some of the legal costs.

In a letter to justice minister Jonathan Djanogly, Irwin Mitchell managing partner John Pickering urged him to step back from the “extremely damaging” reforms, arguing that they would cause “manifest injustice and denial of fair access to justice” for consumers.

Mr Pickering said the research showed the public shared his concerns over the planned changes, which he forecast would have serious “unintended consequences” for some of the most vulnerable people in society.

He also flagged grave concern over the government’s proposals to change legal aid eligibility criteria at the same time, saying: “Both sets of proposals will have an extremely damaging effect on the ability of consumers to fund their civil claims, particularly personal injury and clinical negligence. The combined effect of the proposals will cause manifest injustice and denial of fair access to justice in clinical negligence cases.”

The solicitor cast doubt on the validity of figures recently quoted by Lord Justice Jackson in which he claimed that increasing general damages by 10% to cover the cost of claimants having to pay success fees would create “more winners than losers”.

He argued that the figure was skewed by the high volume of road traffic accident claimants and said the most seriously injured and vulnerable clients would be hardest hit, adding that the figures were “dangerously misleading” and “fundamentally flawed”.

He said: “The words sledgehammer and nut spring to mind in assessing the purpose of the proposals. In policy terms there will be a completely disproportionate impact if heavy legislative steps are taken in an attempt to solve a problem that is much greater in perception than reality.”