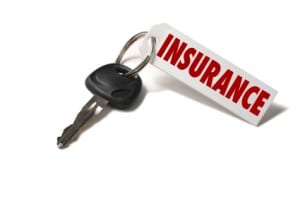 Insurance: premiums have to come down, says Straw

Former justice secretary Jack Straw has described the Legal Services Board’s (LSB) report on its investigation into referral fees as “gobbledegook”, amid a fierce attack on the operation of the claims industry.

The Labour MP warned that if public concerns about high motor premiums resulting from what he called the “racket” of the claims industry driving up costs were not addressed, tough statutory regulation would surely follow.

Giving the keynote address at a debate hosted by claims industry umbrella group I Love Claims, Mr Straw defended his recent private members’ bill calling for a ban on referral fees – a measure supported by the government – reduced payouts for whiplash injuries, a 50% cut in the road traffic accident portal fee to £600, and an end to so-called ‘postcode pricing’ by insurers when assessing motor premiums in areas with a history of high rates of PI claims.

Mr Straw blamed conditional fee agreements and the 2004 lifting of the referral fee ban for the rapid growth in the number of claims management companies. There was a correlation between the density of these companies in a given area and the number of PI claims, he said. Insurance premiums had risen sharply, yet motor accidents and thefts of and from vehicles had fallen.

Particular targets of his anger were the trading in personal information, which he denounced as “amoral and unlawful”, “harassment” of accident victims by claims management companies, and the “collective punishment” of drivers with “impeccable” driving records.

“My decent constituents shouldn’t have to suffer for the sins of others”, he said, adding: “The public won’t put up with it much longer.”

Mr Straw repeatedly described the claims system as “dysfunctional” and suggested to claims managers in the audience that they were “decent people stuck in a bad system”.

He was scathing about the 2010 Office of Fair Trading report and the LSB’s investigation this summer, neither of which concluded that a referral fee ban was necessary.  The LSB report was “a piece of gobbledegook”, he said, and the OFT had since been “embarrassed” by negative publicity about referral fees into announcing its own review of car insurance premiums earlier this month.

Mr Straw concluded that claims management companies who operated “lawfully and ethically” would still be able to make “a decent living”. But he warned that “unless the industry embraces changes and the public sees a cut in costs and a cut in premiums, there will be tougher action that will follow”.

He continued: “Please don’t think that… it will be possible to dodge and weave and this will all go away. It can’t go away; the genie is out of the bottle.” Without change there would be all-party support in Parliament for “proposals for a statutory regulator, with very tough powers, for people in motor insurance”.