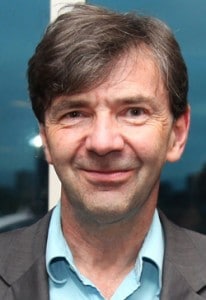 Regan: budget without a costs lawyer at your peril

The national costs management pilot being rolled out next month will put law firms in danger of huge losses, a leading expert has warned.

Speaking ahead of an Association of Costs Lawyers event next month, Professor Dominic Regan said costs management will place much greater emphasis and scrutiny to produce detailed and accurate budgets at the outset of a case.

“Failure to do so may result in huge losses for firms. Those firms wanting to go it alone without the expertise of a costs lawyer do so at their peril.”

Costs management was piloted in Birmingham over the last year, which Lord Justice Jackson appointed Professor Regan to monitor. He will detail the important lessons from the pilot, including that few firms think of seeking tenders from experts for a substantial piece of work.

He will also outline what he sees as some of the many contradictions of the Jackson reforms, including his view that claimants could be better off at the expense of solicitors – while clients will see an uplift in damages, there will be pressure on solicitors not to take a success fee from their client. He will add that as a result of one-way cost-shifting, defendants could be far worse off.

Professor Regan will be joined on the platform by dispute resolution guru, barrister and chairman of the Academy of Experts, Michael Cohen.

Leading costs lawyer Michael Bacon, who is chairing the event, said: “Many changes to practice and procedure over the past 30 years have been heralded as the death knell for legal costs and the same prophets of doom have raised their heads yet again, but they’ve got it wrong.

“Members of the Association of Costs Lawyers have increased rights and responsibilities, including rights of audience, so the Jackson reforms herald a great opportunity for the costs lawyers profession.”

The half-day seminar, organised by the Association of Costs Lawyers, will be held on the morning of 14 October in central London. For more information and to register, go to: www.costslawyer.co.uk. It is the first in a series of events run by the Association of Costs Lawyers aimed at highlighting the greater rights and responsibilities of the costs lawyer.